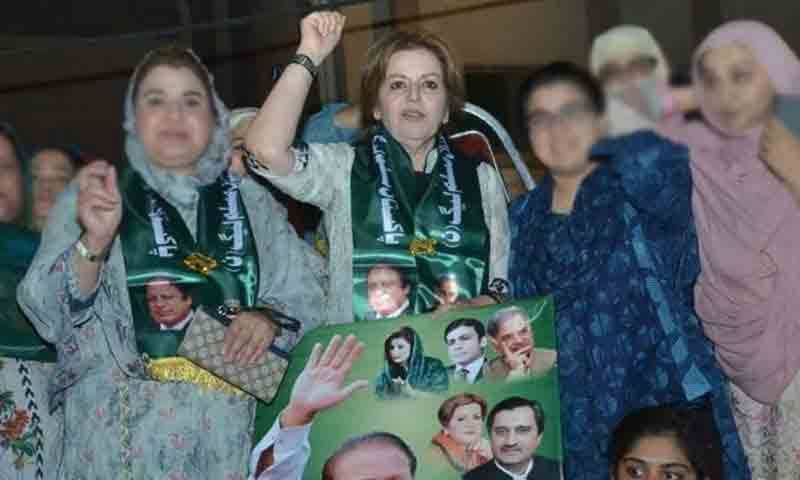 The PML-N has won the seat for the fourth time since 2008, although by a smaller margin this time around as compared to the 2018 elections.

Pakistan Tehreek-e-Insaf (PTI) had already been knocked out of the contest on technical grounds.

The polling process largely remained peaceful except some minor scuffles between PML-N and PPP activists in Maryam Colony and Kot Lakhpat.

The PML-N and PPP had arranged transport to bring their voters from their homes.

Both parties had also offered food to their voters, activists and supporters during polling.

However, as the results started pouring in, huge celebrations were seen at the PML-N Secretariat.

PML-N President Shahbaz Sharif dedicated the victory to the late Malik, describing him as a "thorough gentleman, dedicated public servant and great companion of (party supremo) Nawaz Sharif". "Grateful to NA 133 for their unwavering trust," he added.

On the other hand, PPP President Punjab Raja Pervez Ashraf, in a message to the people of the constituency on the occasion, said: "Allah has given NA-133 voters a chance to decide their own destiny".

"PPP is the only party that can alleviate the sufferings of the people,"  Ashraf said. "Only PPP can end inflation, unemployment, lawlessness, uncertainty," he added.

Amid the campaigning, the war for votes between PML-N and PPP had gone beyond the constituency to social media, where a viral clip appears to show voters being bribed by party members. Women voters were allegedly paid for their votes and an oath was taken from them.

Both parties had also exchanged barbs and blamed each other's workers for the alleged move to malign.