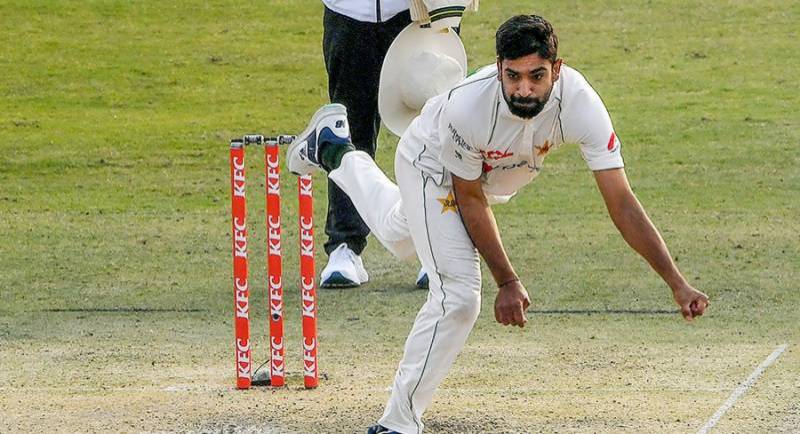 Lahore (Web Desk): Pakistani pacer Haris Rauf has been ruled out of the Test series against England due to a grade-II strain in right quad.

According to Pakistan Cricket Board (PCB), the fast bowler underwent an MRI during the first day's play of the Rawalpindi Test after he rolled over the ball while fielding.

The scans and the subsequent assessment by PCB medical staff concluded that the fast bowler suffered a grade-II strain.

Haris would now travel to Lahore to begin his rehabilitation at the National High Performance Centre.

It may be mentioned that England won the first of the three Tests on Monday by 74 runs. The second and third Tests would be played in Multan (December 9-13) and Karachi (December 17-21), respectively.