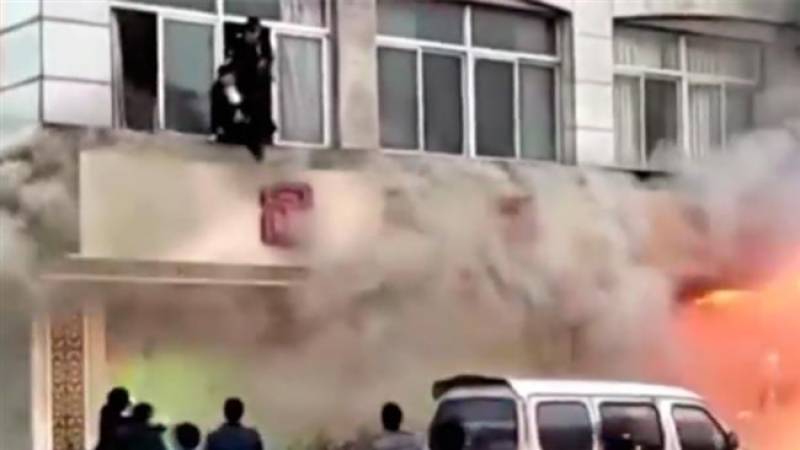 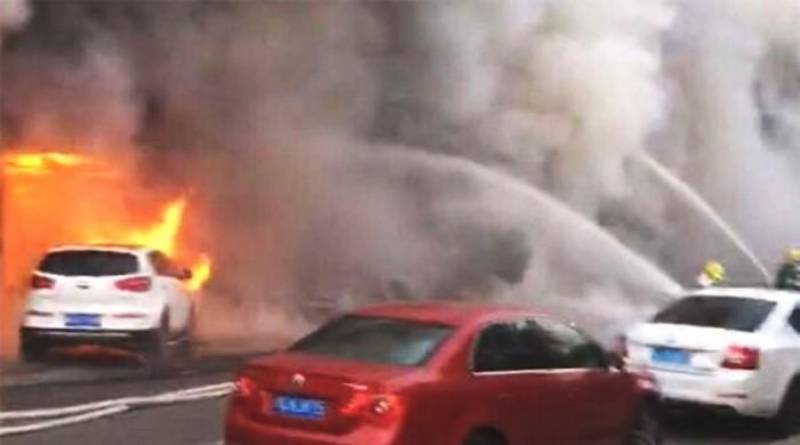 Beijing (Online): At least 18 people killed and many injured in a sudden fire that engulfed a massage parlor in an eastern Chinese province late on Sunday.

According to Chinese news agency, Xinhua, fire started late Sunday afternoon in the foot massage parlor in Tiantai in the eastern coastal province of Zhejiang. It was extinguished in less than two hours.

The media also reported that police detained one person on Monday morning in connection with a fire at a foot massage parlour.

According to details, 8 lost their lives in the fire, while other 10 died in hospital.

Video posted on Chinese social media website Weibo showed thick black smoke billowing from the massage parlour, and people jumping out of the second-floor window of the six-storey building. The Beijing News said, quoting a witness, Shards of broken glass were strewn across the floor of the massage parlour. "Windows in the third and fourth floor, where residents lived, were also shattered."

The cause of the fire is unclear, Xinhua said.

Fire safety procedures are routinely ignored in China, with exit doors often locked and escape passages blocked in buildings across the country.