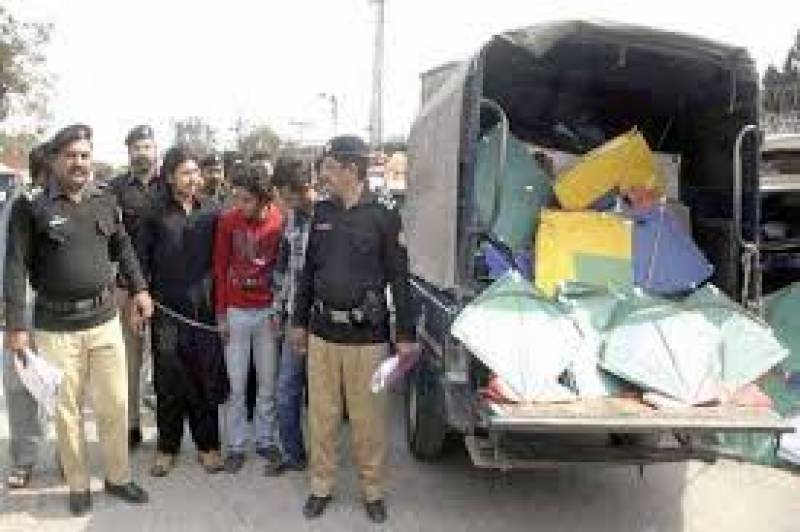 Lahore (Staff Report): The police have detained at least 80 kite flyers in a crackdown operation and as many as 75 cases were registered on Sunday.

Some people still persistently making and flying kites, while disobeying the law despite a ban on kite-flying in Lahore, and frequent crackdown operations by the police.

He added the ban on the selling and flying of kites will be maintained by any means.

Earlier this month, crackdown operations against kite flyers was conducted and about 100 kite flyers were arrested from Cantt Division, 11 from Cantt, 12 from Civil Lines, 4 from Saddar, 18 from Iqbal Town and 4 from Model Town. Police also seized around 4000 kites, rolls and strings.