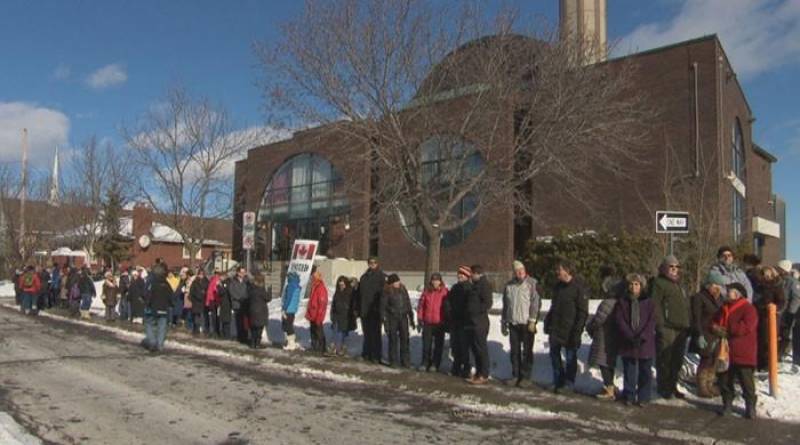 Ottawa, Canada (Web Desk): Dozens of people formed a protective “human chain” around the Ottawa Mosque in Canada’s capital city before Friday prayers to express solidarity with the Muslim community, after six died in a shooting in Quebec City.

According to Canadian media, people arriving for Friday prayers and demonstrators exchanged the Muslim greeting “as-salam alaikum.” The gesture delivered a strong message of condemning racism, division, and Islamophobia.

Imam Samy Metwally said while talking to the media, “It gives us ... hope because it's a sign of unity, which is real Canada."

A resident of the mosque’s vicinity, Andrea Prazmowski, who helped organize the event, said the chain symbolized an “embrace.”

People said that they want Muslims to know that they're not alone and for every act of hatred they need to have hundreds and hundreds of acts of friendship and love.

The demonstrators further said, “The horror of this act of terrorism has left us all heartbroken. When one group is faced with hatred, we must all respond to denounce them. When one is targeted, we are all targeted.”