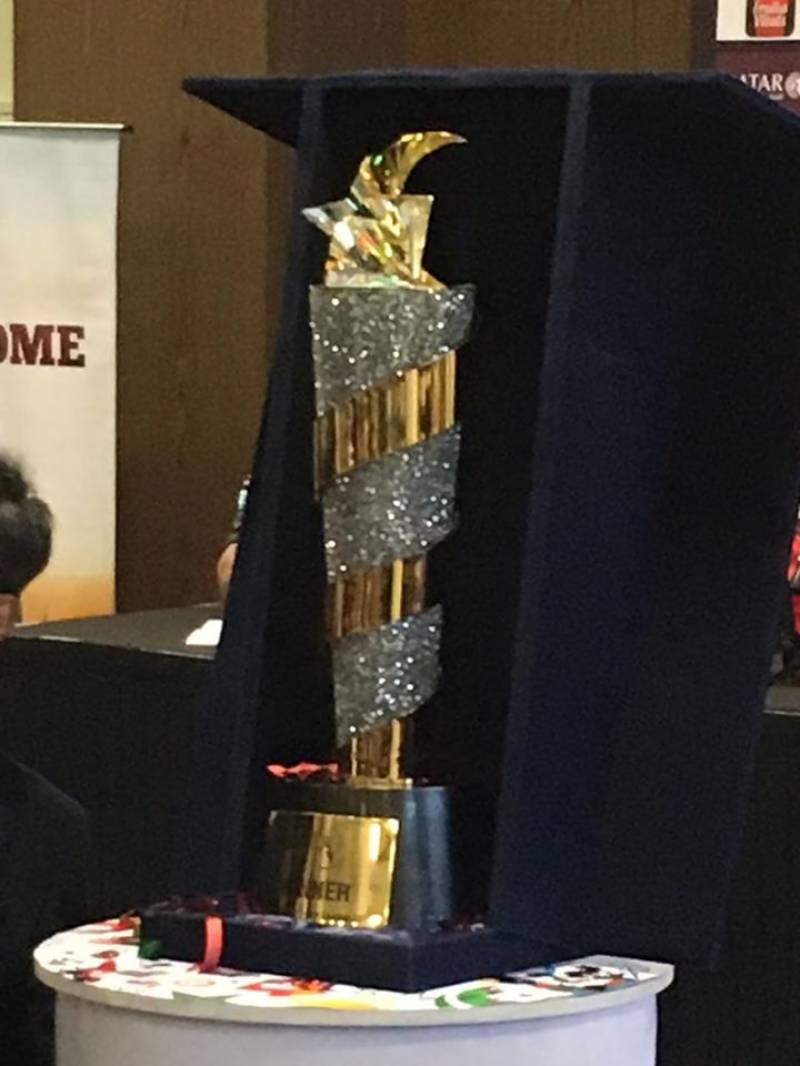 Dubai (Staff Report): The Pakistan Super League (PSL) 2017 trophy will be unveiled at the Dubai International Cricket Stadium on Monday.

PSL second edition trophy has been dubbed as ‘Spirit Trophy’ and the unveiling ceremony of trophy is scheduled to kick off at 02:00 PM local time (03:00 PM PST).

The prominent attendees of the ceremony will include PSL Chairman Najam Sethi, along with all five captains of the franchises. ‘Spirit Trophy’ – a symbol of patriotism

The PCB reported, the 'Spirit Trophy' commemorates the patriotism of a nation. It draws its inspiration “from the brilliance of the universe - the trophy's central core is similar to the galaxy of stars with a shooting star rising above and a golden crescent behind it.”