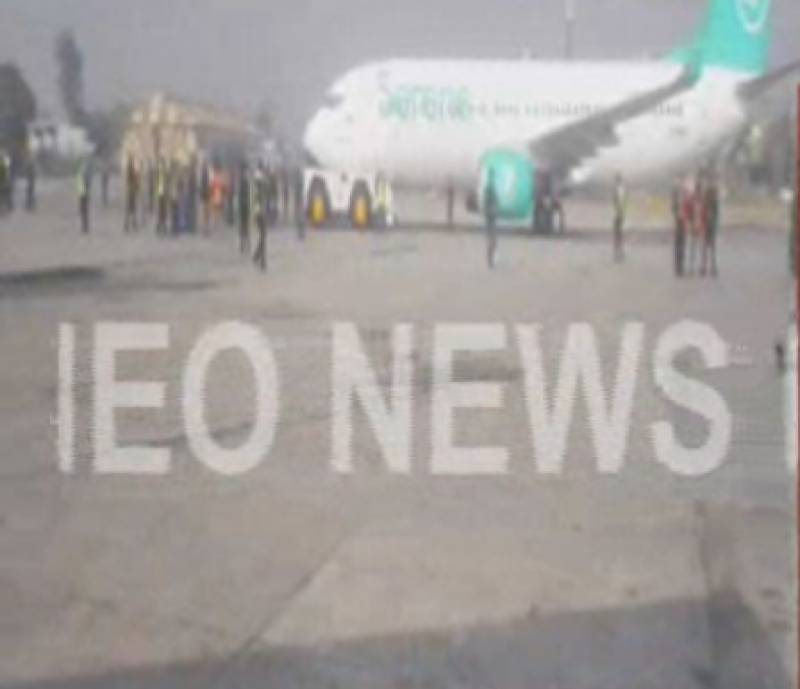 According to details, a plane at Benazir Bhutto International Airport, accidently slipped and rammed into a tug van during landing although no life loss is reported.

The driver of the tug van jumped out of the van and survived, plane is partially damaged.

Earlier, many other planes suffered accidents at many airports of Pakistan.