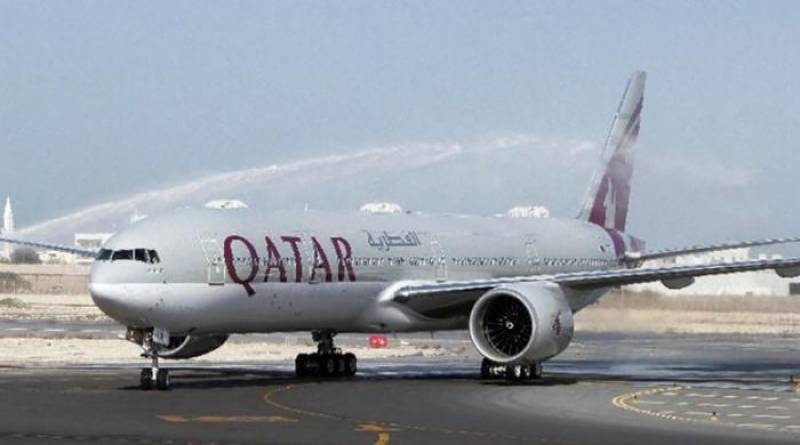 The Doha-Auckland service is 342km longer than that of its Gulf rival, as it covered the distance of 14,535 kilometres (9,032 miles), the airline announced.

The airline tweeted as flight QR920 landed at 7.25am (1825 GMT Sunday), five minutes ahead of schedule after a 16 hour 23 minute flight, "We've officially landed in Auckland."

The long-range plane 777-200LR crossed 10 time zones on its flight and has 217 economy seats and 42 business class seats.

According to the airline, there were four pilots on board as well as 15 cabin crew who served 1,100 cups of tea and coffee, 2,000 cold drinks and 1,036 meals during the flight.

Its flight track took it over Dubai, then over the southern tip of India, Sri Lanka to the south of Indonesia and then through the heart of Australia before heading to Auckland for the 16-hours and 20-minute marathon. New Zealand Trade Minister Todd McClay said the estimated economic impact of the new service will be well in excess of NZ$50 million (US$36 million) with the increased freight capacity provided.