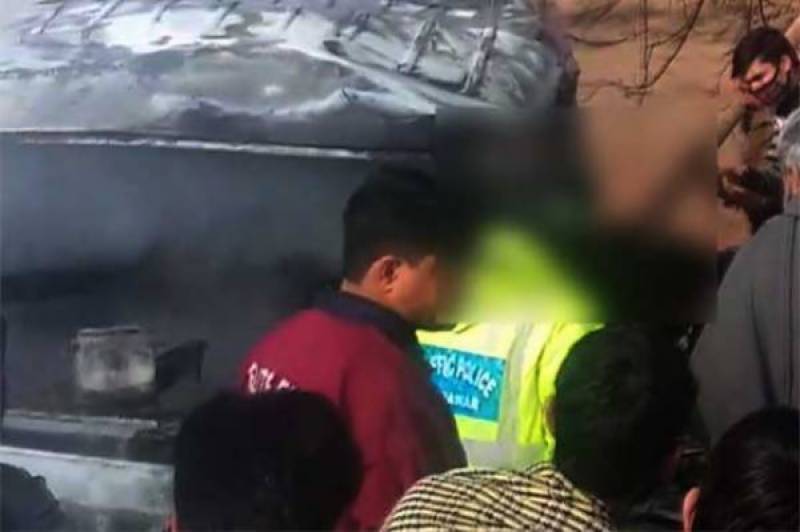 Karak (Staff Report): At least eleven people were burned to death and six others got critically injured when a passenger bus collided with a truck on Indus Highway near Karak on Wednesday.

As per details, the passenger bus was travelling from Peshawar to Dera Ismail Khan when it collided with a pick-up truck and caught fire.

According to police, the CNG cylinder exploded after the collision, resulting in the immediate death of those in the van.

The injured have been shifted to District Headquarters Hospital Karak, police said.