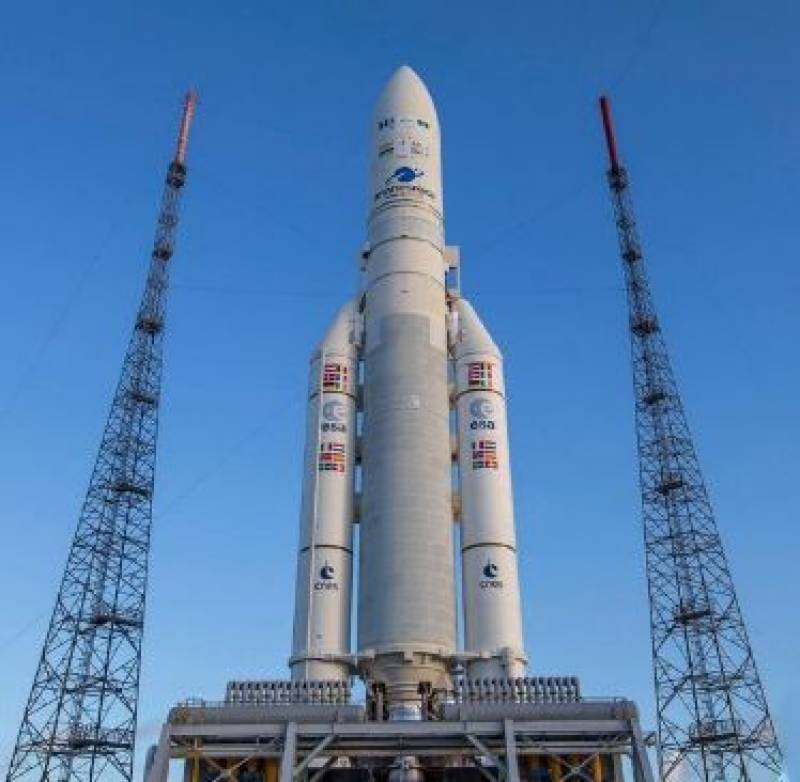 According to media reports, the rocket – carrying Saudi Geostationary Satellite 1 – was launched at 9 PM GMT, and will provide telecommunications capabilities, stronger internet connectivity, TV and communications for Europe, the Middle East and North Africa.

The satellite was developed by a team Saudi Arabia’s King Abdul Aziz City for Science and Technology (KACST) in partnership with Lockheed Martin.

The satellite will serve both the Saudi government and Greek-Cypriot Hellas-sat, a subsidiary of the Riyadh-based Arabsat.

The launch was carried out using the Ariane 5 rocket, which also carried a communications satellite built by the Indian Space Research Organisation.

Kingdom launches first Saudi communications satellite (SGS-1) successfully, HRH the Crown Prince signed the final piece to be placed on the satellite with the words, “Above the Clouds”.https://t.co/eBabwc3Trx#SPAGOV pic.twitter.com/FuoXHSnEG2

The SGS-1 satellite separated from the rocket approximately 30 minutes after launch, with the jettisoned booster falling 500 km off Guiana’s coast into a protected zone.