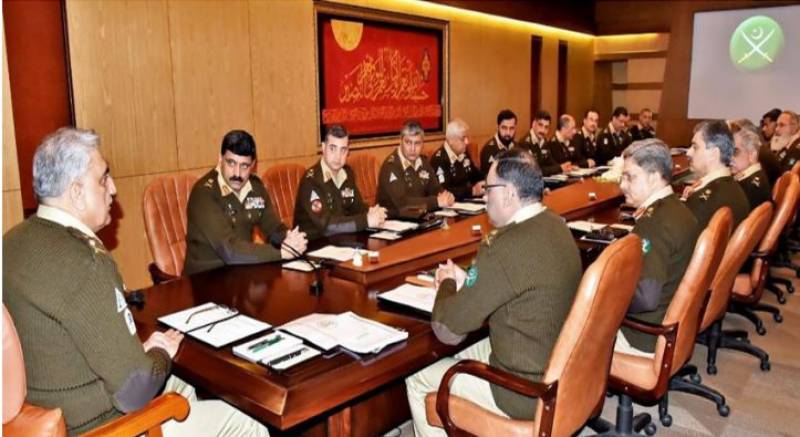 According to a statement by the Inter-Services Public Relations (ISPR), the remarks were made in the 229th Corps Commanders’ Conference presided over by Chief of Army Staff (COAS) General Qamar Javed Bajwa at the General Headquarters (GHQ) in Rawalpindi.

As per the statement, the COAS said the just struggle launched by the people of Kashmir is destined to succeed.

The army chief said that the repression of Indian occupying forces can never deny Kashmiris their right to self-determination as promised by UN resolutions, the statement said.

The ISPR statement added that the forum reviewed geo-strategic environment with special focus on internal security and situation on borders.

"The forum termed provocative statements of Indian leadership as irresponsible rhetoric with negative implications for the region", the statement said.

The commanders expressed resolve that Pakistan's Armed Forces are forces of order and peace, and fully prepared to thwart any misadventure, whatever the cost.

The forum was also apprised on the progress of "Operation Radd-ul-Fasaad" which has put security situation of the country on a positive trajectory for enduring peace and stability, the statement said.