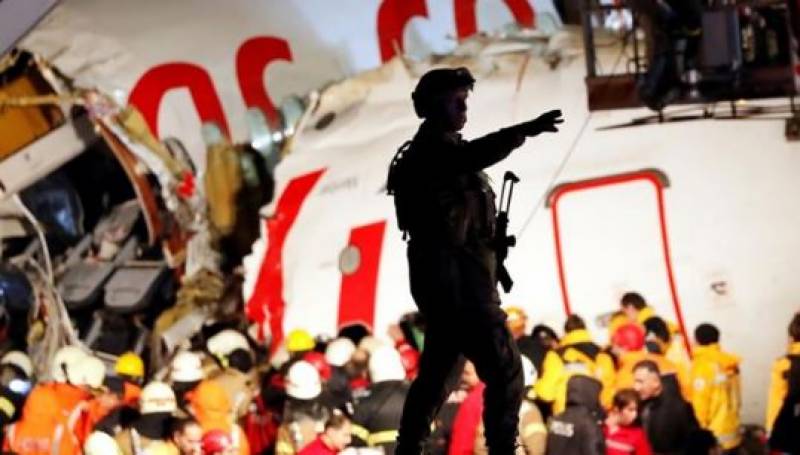 Istanbul (Web Desk): At least three people lost their lives and 179 were injured when a plane caught fire and split into three after landing in rough weather as it skidded off the runway at an Istanbul airport.

Live images broadcast on Turkish television showed several people climbing through a large crack in the severed aircraft and escaping onto one of the wings at the rear.

"Some passengers evacuated the plane by themselves but others are stuck inside and our rescuers are working to free them," Transport Minister Mehmet Cahit Turhan said on CNN-Turk television.

The plane was carrying 177 passengers and six crew members, state news agency Anadolu said, revising the previous total given by Turkish authorities. Turkish media reports said there were 12 children on board.

Istanbul governor Ali Yerlikaya said the plane "slid some 60 metres" after skidding off the runway, and then "fell about 30-40 metres" down a bank.