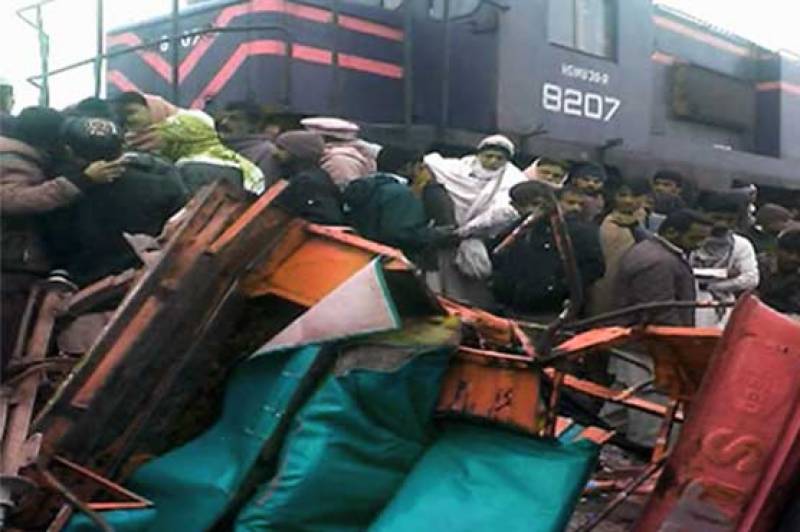 Lodhran (Staff Report): At least six students were killed and more than ten were injured Hazara Express hit two motorcycle rickshaws at an unmanned level-crossing at Jalal Pur Road in Lodhran on Friday.

The train was heading to Karachi from Lahore.

After receiving the information, rescue teams reached the scene and shifted injured students to DHQ Hospital.

According to police, the rickshaw drivers apparently misjudged the speed of the coming train due to heavy fog while attempting to cross the tracks.