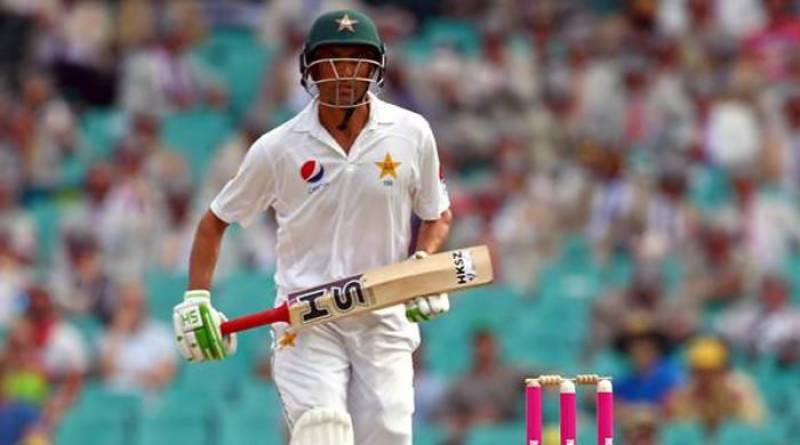 Sydney (Online): Match started on the fourth day of the third cricket Test between Australia and Pakistan after lunch following rain in Sydney on Friday.

Earlier, covers protected the pitch and surrounds after heavy morning downpours with a forecast for clearer weather during the day. Pakistan will resume at 271 for eight with veteran Younis Khan on 136 and Yasir Shah on five.

Australian opener Matthew Renshaw has been withdrawn from the third Test against Pakistan in Sydney after suffering concussion, team officials said on Friday.

The rookie was struck on the helmet while fielding closes in to the bat on Thursday´s third day and taken from the field for observation. It was the second time in three days the 20-year-old had been hit on the helmet after being caught by a bouncer while batting on the opening day.

"Matthew Renshaw was struck on the helmet fielding close-in on Thursday afternoon and came off complaining of a headache," team doctor Peter Brukner said in a statement. "He rested in the dressing room and then, when we returned to the hotel, we performed concussion tests and his cognitive, balance, co-ordination and reaction times were all within normal limits.

"However, on Friday morning he was still symptomatic and so we have taken the decision to withdraw him from the match as he is suffering from concussion."

The Yorkshire-born player scored 184 in the first innings for a maiden century in his fourth Test. Brukner said wicketkeeper Matthew Wade would play Friday after recovering from a stomach illness, which forced him from the field on Thursday. Peter Handscomb took over wicketkeeping duties in Wade´s absence.