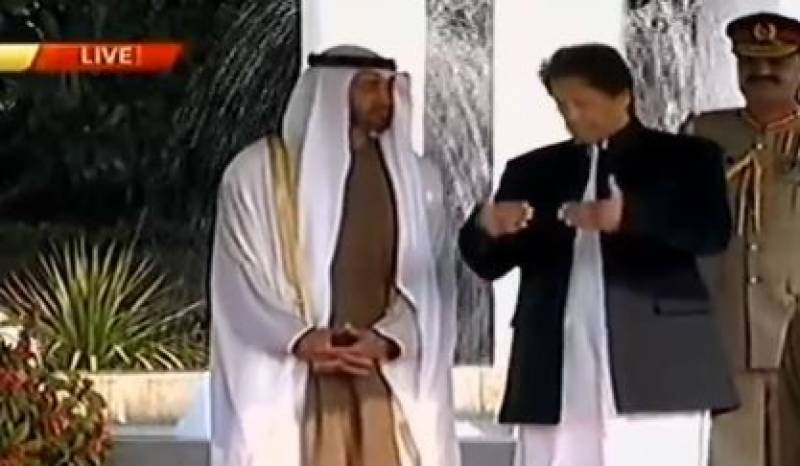 A guard of honour was accorded to the crown prince as he disembarked from the jet on a day-long visit to Pakistan, followed by a 21 gun salute and a static salute by a smartly turned out contingent of the Presidential Guards. He was also given a fly-past with seven JF-17 fighter jets.

The national anthems of both the countries were also played on the occasion.

The crown prince was also introduced to members of PM Imran's federal cabinet. He in turn introduced his delegation to the prime minister.

This is the third interaction between the leadership of Pakistan and UAE in less than three months. UAE is Pakistan’s largest trading partner in the Middle East and a major source of investments. It is home to more than 1.6 million expatriate community which contributes around $4.5 billion annually to the GDP, a press release said earlier.

Pakistan and UAE are already working closely to transform the existing special relations into a “Long-Term Strategic Economic Partnership”, as agreed between the two leaders during the prime minister’s visit to UAE on November 18.

UAE had pledged $3 billion to support Pakistan overcome its balance of payment crisis while the provision to provide deferred payment for oil facility is under discussion.