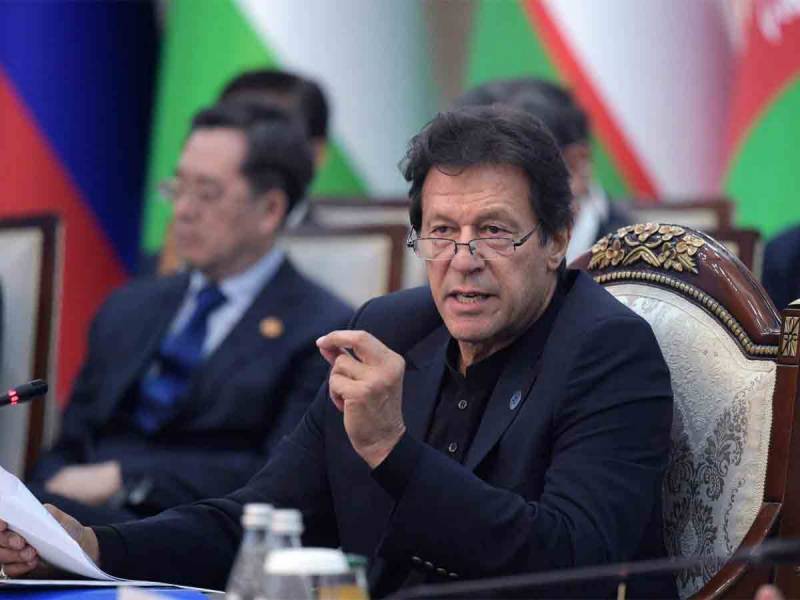 Islamabad (Web Desk): Prime Minister Imran Khan on Wednesday assured the Hazara community to visit them 'very soon' and requested them to bury the bodies of the slain coal miners.

In a tweet, the premier said that the government is taking steps to prevent such attacks in the future and know our neighbour is instigating this sectarian terrorism.

PM Imran said that he shares their pain and have come to you before also to stand with you in your time of suffering. He said that he will come again very soon to offer prayers and condole with all the families personally.

Imran Khan assured that he will never betray his people's trust. He requested the Hazara community to bury their loved ones so their souls find peace.

I share your pain & have come to you before also to stand with you in your time of suffering. I will come again very soon to offer prayers and condole with all the families personally. I will never betray my people's trust. Please bury your loved ones so their souls find peace.

The tweets by PM Imran Khan came as the Hazara families continue their sit-in following the brutal killing of 10 coal miners in Machh.

While addressing a press conference in Quetta along with Minister for Maritime Affairs Ali Zaidi and Adviser to the Prime Minister on Overseas Pakistanis Zulfiqar Bukhari and members of the Shia community, the Balochistan CM said that as Muslims, we "have our religious responsibilities [to bury the deceased]" and these should be fulfilled.

"I would request the community to not associate it with some official's visit," he added.

The minister and PM’s adviser arrived in the city late on Tuesday night.

On Monday, Interior Minister Sheikh Rasheed Ahmed reached Quetta and joined a sit-in organised by families of the deceased coal miners. He also met a delegation of the Majlis-e-Wahdatul Muslimeen (MWM), who are leading the sit-in.

The minister offered to form a five-to-seven-member committee to meet with Prime Minister Imran Khan in Islamabad. He also announced compensation amounting to Rs2.5 million for each family of coal mine workers.

“Each family of the martyrs will be given Rs1 million by PM Khan, while Rs1.5 million by the chief minister of Balochistan,” said the minister while talking to the media.

The minister said he is ready to accept all the demands of the Hazara people, except the resignation of the Balochistan government.

On January 3, at least 10 coal miners were killed and several others injured when terrorists opened fire on them in Mach district of Balochistan.

According to police, the coal miners were kidnapped by unidentified armed men and taken to nearby mountains where they were shot dead.

As per the initial investigation the attackers identified the miners as being from the Shia Hazara community and the gunmen took them away for execution, leaving others unharmed.