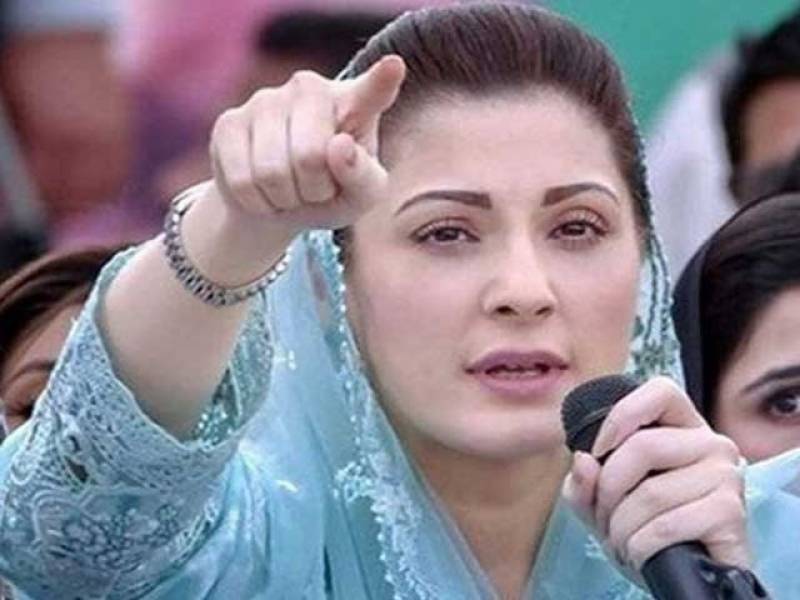 Addressing a press conference along with other PML-N leaders, including Shahid Khaqan Abbasi, Rana Sanaullah, Pervez Rasheed, and Maryam Aurangzeb, Maryam demanded PM Imran to resign and urged the institutions to take action against the PTI as per the law.

"He Imran Khan is responsible for concealment, misdeclaration and misstatement, and so, action should be taken against him and his party," Maryam said.

She said that the PTI declared only 4 of its 18 active accounts, out of a total of 26 accounts,” she said, adding

Maryam said this isn’t just about lying, but the PTI also made their fullest efforts to sabotage the ECP probe.”

“At first, they tried to pressurise the ECP then they resorted to hurling threats to prevent it from making the report public. When this wasn’t enough, they challenged its jurisdiction and used delaying tactics for the next seven years,” she said.

The PML-N vice president further said that the ruling PTI took funding in the name of the party’s employees, from the US, Middle East, Australia, Canada and England while some of the companies were based in Australia and Canada.

She said that the PTI submitted false and fabricated certificates to the ECP.

Maryam said PM Imran was the principal signatory of the foreign funding and it was all authorised by him as well as by then PTI leader Arif Alvi.

“The PTI simply failed to justify where it got the foreign funding from and where it spent it,” The PML-N leader said.

On the other hand, Prime Minister Imran Khan on Wednesday welcomed the scrutiny of PTI's funding by ECP.

Taking to Twitter, the premier wrote that the more accounts are scrutinized the more factual clarity will emerge for the nation to see how the PTI is the only political party with proper donor base premised on proper political fund raising.

PM Imran said looks forward to similar ECP's scrutiny on the funding of two other major political parties including the Pakistan Peoples Party (PPP) and the PML-N.

“This will allow nation to see difference between proper political fund raising and extortion of money from crony capitalists and vested interests in exchange for favors at nation's expense,” the premier wrote.