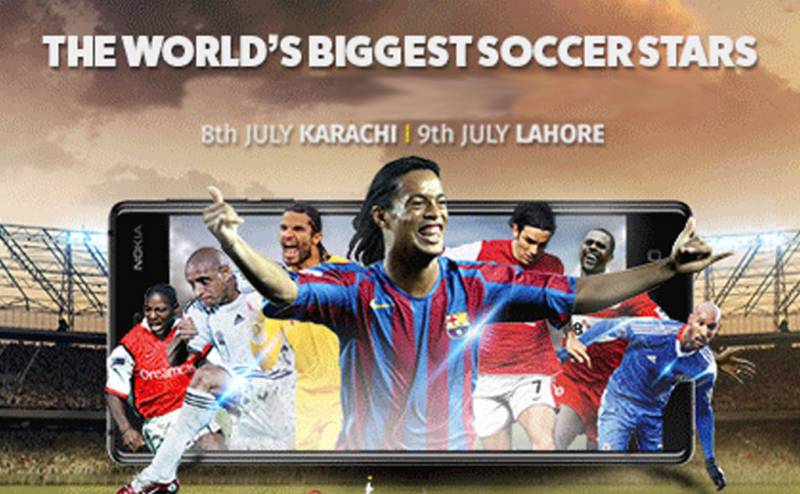 Ronaldinho will lead the team which will play two matches during its visit to Pakistan.

The first match will be played tomorrow at Karachi’s Hockey Club of Pakistan whereas second match is schedule to be played in Lahore on Sunday.

England’s David James and Dutch star George Boateng are also among the top former players to feature in exhibition games in Pakistan.