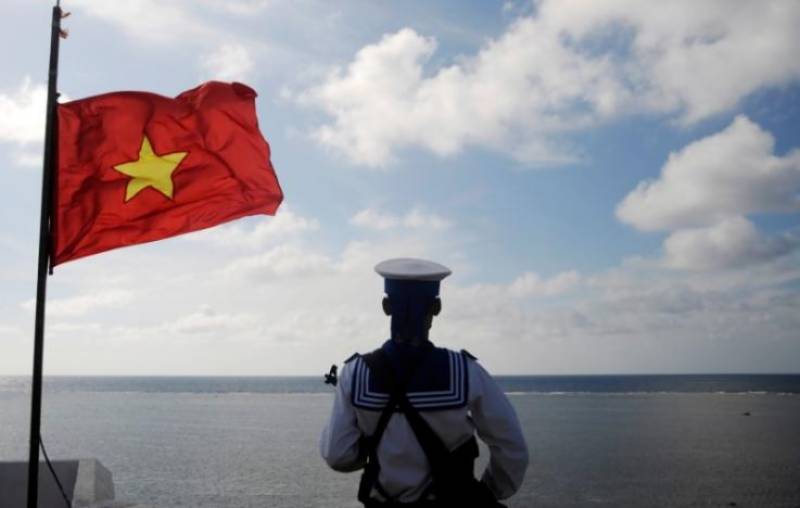 New Delhi (Reuters): Vietnam has extended an Indian oil concession in the South China Sea and begun drilling in another area it disputes with China in moves that could heighten tensions over who owns what in the vital maritime region.

The moves come at a delicate time in Beijing's relations with Vietnam, which claims parts of the sea, and India, which recently sent warships to monitor the Malacca Straits, through which most of China's energy supplies and trade passes.

Part of that block is in the U-shaped 'nine-dash line' which marks the vast area that China claims in the sea, a route for more than $5 trillion in trade each year in which the Philippines, Brunei, Malaysia and Taiwan also have claims.

A senior official of ONGC Videsh, who asked not to be named because of the sensitivity of the matter, said interest in the block was strategic rather than commercial, given that oil development there was seen as high-risk with only moderate potential.

"Vietnam also wants us to be there because of China's interventions in the South China Sea," the official said.

Vietnam's state-run PetroVietnam declined to comment on the concession, which was first granted to India in 2006 but had been due to expire in mid-June.

Conflicting territorial claims over the sea stretch back many decades but have intensified in recent years as China and its rivals have reinforced their positions on the rocks and reefs they hold.

Far to the south of block 128, drilling has begun in a block owned jointly by Vietnam's state oil firm, Spain's Repsol and Mubadala Development Co of the United Arab Emirates.

Deepsea Metro I, operated by Odfjell Drilling Ltd., has been drilling in the region since the middle of last month on behalf of Spain's Repsol SA, which also has rights to neighboring block 07/03, Odfjell said.

Odfjell declined to comment on the specific location of its vessel, but shipping data from Thomson Reuters Eikon showed it was in oil block 136/3, which also overlaps China's claims.

When asked about the activity, Chinese foreign ministry spokesman Geng Shuang said China opposes anyone "carrying out unilateral, illegal oil and gas activities in waters China has jurisdiction over".

"We hope the relevant country can act on the basis of maintaining regional peace and stability and not do anything to complicate the situation," he told a briefing in Beijing.

Chinese General Fan Changlong cut short a visit to Vietnam and a friendship meeting at the China-Vietnam border was canceled around the time the drilling began.

The centuries-old mistrust between China and Vietnam is nowhere more evident than in their competing maritime claims, despite their shared communist ideology and growing trade.

Asked about the most recent drilling, Vietnamese officials said their Chinese counterparts have started raising concerns about cooperation with both Repsol and ExxonMobil Corp. of the United States, which is developing the $10 billion "Blue Whale" gas concession off central Vietnam.

They said Chinese officials also expressed concern at Vietnam's evolving security relationships with the United States and Japan, both of which have offered moral support for its South China Sea claims and help for Vietnam's coastguard.

Tensions with China were being contained, however, and had not yet reached crisis proportions, they said.

"We know they are unhappy again, but we are resisting the pressure – it is a traditional part of our relations with Beijing," one official said privately. "Other parts of the relationship remain strong."

Underlining the relationship between India and Vietnam, Vietnamese deputy prime minister Pham Binh Minh told a forum in New Delhi this week that India was welcome to play a bigger role in Southeast Asia - and specifically the South China Sea.

Hanoi's growing defense and commercial ties with India are part of its strategy of seeking many partnerships with big powers while avoiding formal military alliances.

The pace has picked up since Indian Prime Minister Narendra Modi's administration took office in 2014 and sought to push back against China's expanding presence in South Asia by raising its diplomatic and military engagement in Southeast Asia.

India is providing naval patrol boats, satellite cover to monitor Vietnam's waters and training for its submarines and fighter pilots - more military support than it is giving to any other Southeast Asian country.

On the agenda are transfers of naval vessels and missiles under a $500 million defense credit line announced last year.

Next week, the navies of India, the United States and Japan will hold their largest joint exercises in the Bay of Bengal.