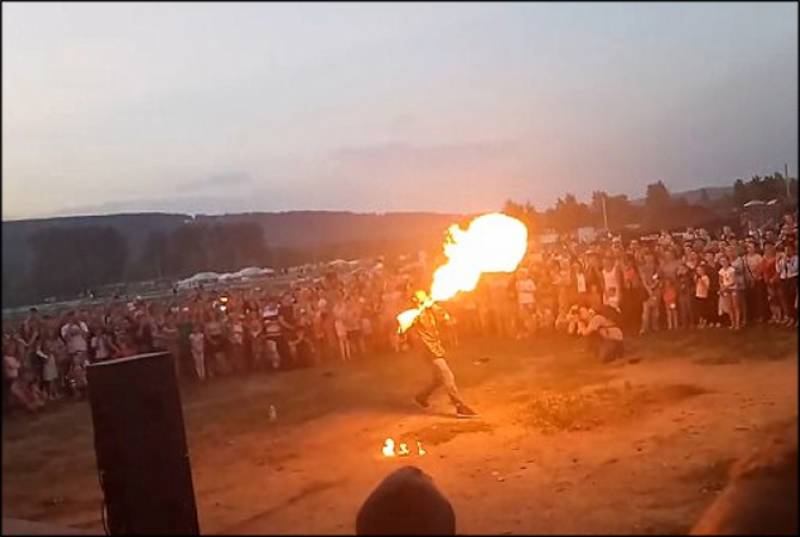 Moscow (Web Desk): Fire breathing is a technical and risky as well but still people perform this task putting their lives in danger

Recently a horrifying incident occurred in Russia’s Kemerovo Oblast region where a fire breather set his own face on fire when his daring performance went badly wrong at a festival where eyewitnesses were filming the performance could capture the incident.

Unfortunately he was the third fire breather to set himself alight within minutes at the festival.

The blaze got fierce as fuel spills out of his mouth.

Several people from the crowd run towards him and try to put out the flames and the man was rushed by ambulance to a local hospital for treatment to his injuries.