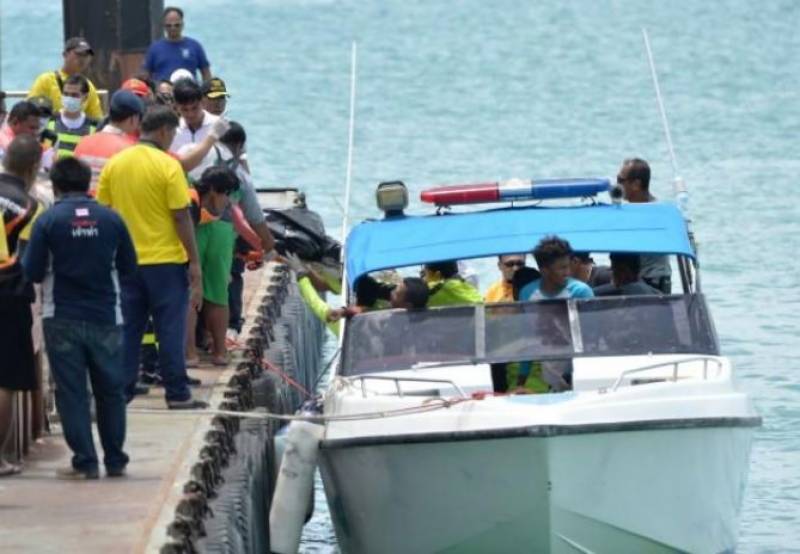 Phuket (At least): Thai rescuers pulled 21 bodies from waters off the coast of the holiday island of Phuket on Friday after a tourist boat went down in heavy seas with 105 passengers, mostly Chinese tourists on board.

The boat sank 40 metres below the surface of the Andaman Sea, a few kilometres off the coast of Koh He, an islet known for its coral formations and popular with day-trippers from the tourist magnet of Phuket.

The dead were found drifting face down in the water, still wearing life jackets, several kilometres (miles) from where the Phoenix sank after being hit by five-metre (15-foot) high waves in a storm on Thursday evening.

In a grisly development, divers reported seeing "over 10 bodies" floating inside the hull of the submerged boat, according to Thai navy Rear Admiral Charoenphon Khumrasee, who said they would try to retrieve them later Friday.

One survivor, a Chinese woman, was rushed to hospital in Phuket, according to an AFP reporter at the scene, after she was found several kilometres from the boat, floating near the bodies of fellow passengers. Her condition was unknown.

A total of 56 passengers were reported missing as of Friday morning before the recovery effort began, with the Phoenix looking set to be one of the worst boat disasters in recent Thai history.