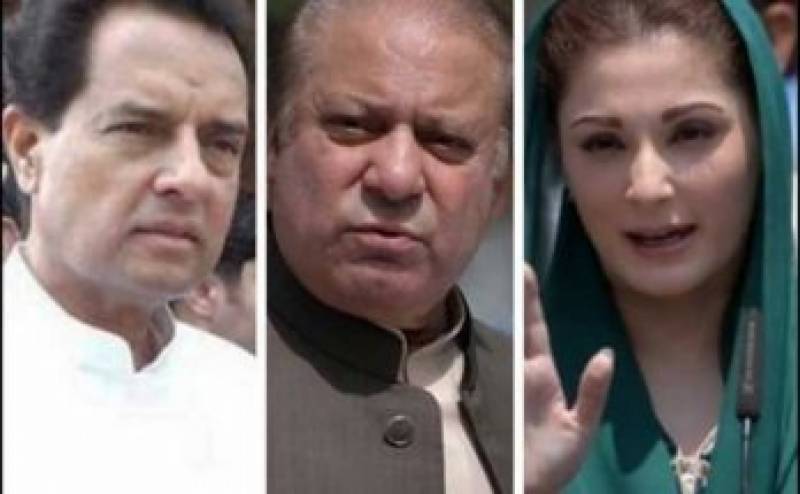 Islamabad: National Accountability Bureau (NAB) has decided to arrest former Prime Minister Nawaz Sharif and his daughter Maryam Nawaz at the airport upon their arrival in connection with Avenfield corruption reference.

According to details, after receiving certified copy of the verdict from the court NAB has decided to arrest Nawaz and Maryam on the airport, while team has been finalized to arrest Capt (retd) Safdar from his native city.

On the other hand Nawaz Sharif said that Accountability Court (AC) did not convict him of corruption and he will come Pakistan soon.

“I was not convicted of corruption rather for changing the fate of nation, Nawaz Sharif said during press conference in London. “Political opponents are hatching conspiracy against me that due to fear of jail I have taken political asylum in London and will not come Pakistan. I want to tell them that I will come Pakistan and go jail whenever my wife comes into conscious,” he added.

Nawaz Sharif said that Accountability Court and Supreme Court heard this case for two year but both courts could not prove corruption against me. “Several times I was told to leave Pakistan and looked after my ailing wife in London, but I remained in Pakistan and continued my efforts for the development of the country,” he revealed.

Nawaz and Maryam were also fined 8 and 2 million pounds respectively. The court ordered to confiscate the property in question, suggesting the government to do legislation to bring plundered money back to the country.