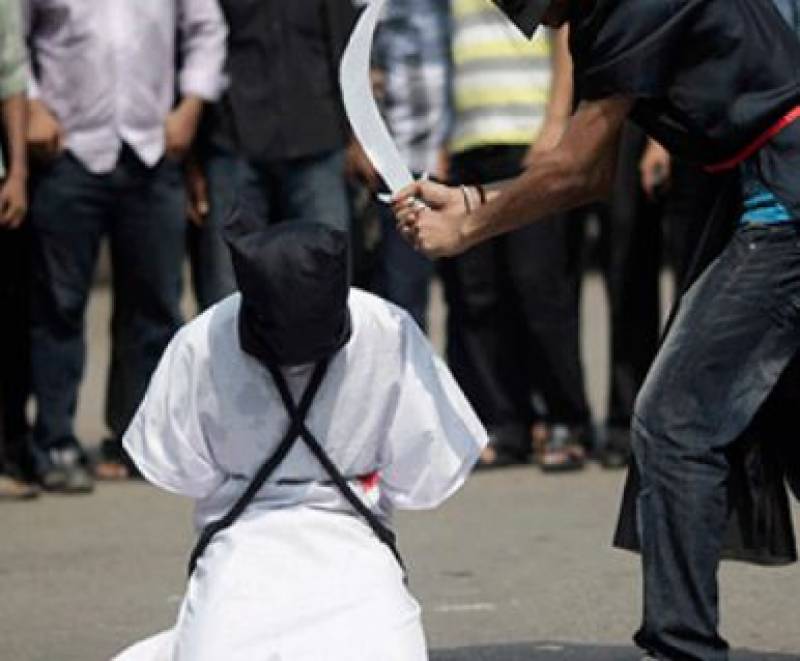 Riyadh (Web Desk): Two Pakistani nationals were killed and their bodies crucified at a public park yesterday for having committed multiple crimes in Saudi Arabia, the country’s interior ministry announced.

In a statement, the ministry said that Adam Khan Iyas Khan and Asad Mohammed Yousef Khan committed a series of capital crimes against a number of expatriates in the Kingdom, including assassination, robbery, and theft using deceptive and delusionary tricks to reach their goals and finally getting rid of the bodies of their victims.

“Thanks to Allah the Almighty, the security authorities have apprehended them, and send them to justice where they pleaded guilty at all levels of litigation,” the statement said.

A royal order endorsed a rule issued by the consecutive courts of the Kingdom, climaxed by the Appeal and Higher Courts, to execute the culprits at a public park according Islamic Sharia law.

Saudi Arabia executes more Pakistanis than any other foreign nationality annually, nearly all for heroin smuggling, according to the study by Justice Project Pakistan and Human Rights Watch (HRW).

Sixty-six Pakistanis were beheaded in the country between 2014 and 2017 alone, according to the report entitled “Caught in a Web”.

With 1.6 million nationals, Pakistanis constitute the second largest foreign community in Saudi Arabia, and most are members of a low-skilled workforce with few rights.

Some 2,795 Pakistanis are currently imprisoned in Saudi Arabia.