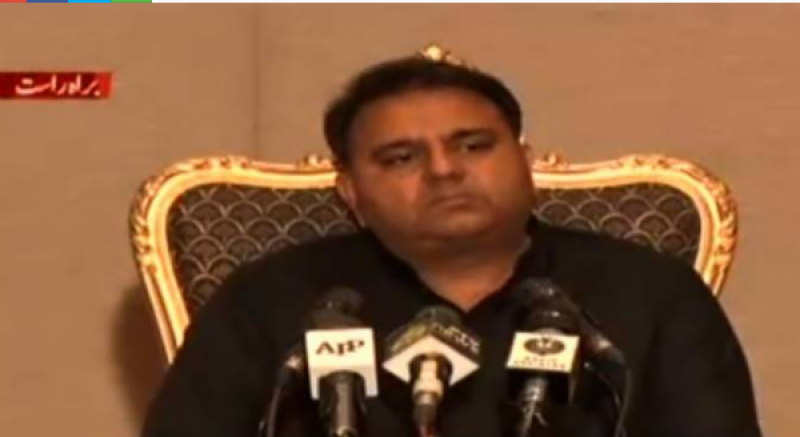 Islamabad (Web Desk): Federal Information Minister Fawad Chaudhry on Tuesday said that the government has started working on a plan to hold talks with the disgruntled Baloch leaders who are ‘not associated with India’.

Addressing a press conference in Islamabad after a meeting of the federal cabinet, the information minister said that peace in the province was important to the government because Balochistan was central to the China-Pakistan Economic Corridor (CPEC).

Fawad added that the prime minister's tour of Gwadar on Monday was evidence of the importance the Pakistan Tehreek-e-Insaf (PTI) government gives to CPEC.

The minister said that ever since Indian spy Kulbhushan Jadhav was found in Pakistan, intelligence agencies have also exposed a network of Indian-backed elements within the country.

He said that owing to the government's timely measures and efforts, the situation of law and order in Pakistan will improve as compared to the past.

"Indian terrorist network" in Balochistan had been dismantled and now the government will set an agenda for talks with Baloch nationalists.

Earlier in the day, the information minister said that the federal government has planned to execute 131 development projects worth Rs731 billion in Balochistan while the provincial government's development programme for this year was Rs180 billion.

Addressing a gathering, the prime minister said that he was considering "talking to insurgents" in Balochistan, saying that the government would never have had to worry about insurgency in the province if attention had been paid to its development.

The premier said that he had always planned that when the PTI came to power, his government would pay attention to Balochistan.

"If development work had been carried out in the province, we would never have had to worry about insurgents," PM Imran said.