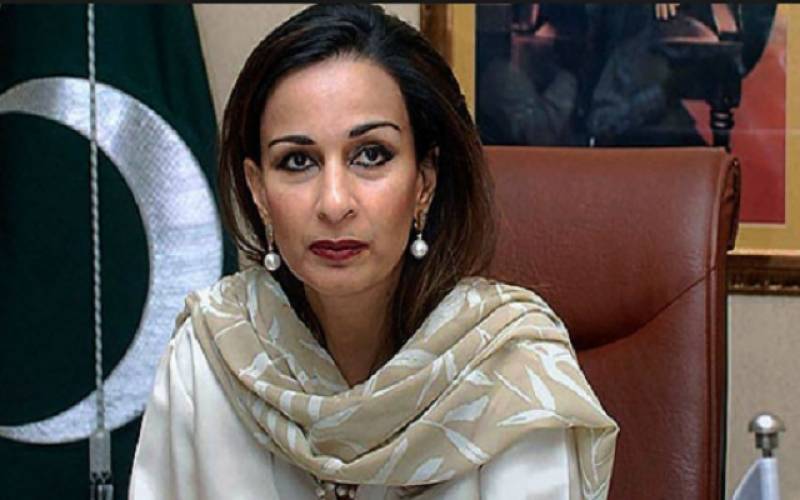 Addressing a news conference in Islamabad, she said that at least 39 deaths were reported from Balochistan alone, the most from any province.

The minister termed the deaths a "national tragedy" as hundreds of homes have been destroyed and rescue operations in remote areas are being hampered due to heavy rains.

Sherry Rehman said that the National Disaster Management Authority (NDMA) has prepared a national monsoon contingency plan, but also called on the people to stay alert to prevent further damage.

The minister underlined that overall 87% more rains above average were recorded in the country and the ratio was recorded 49% in Azad Jammu and Kashmir (AJK), Khyber Pakhtunkhwa (KP) -28%, Punjab -22%.

The highest above normal monsoon rainfall was witnessed in Balochistan and Sindh that received 274% and 261% above normal rainfall, she said.

"We need a comprehensive plan to avert these [deaths and devastation] as all of this destruction is taking place due to climate change," the minister added.

Earlier, the Balochistan government has imposed a state of emergency in Quetta after more than a dozen people were killed in rain related incidents in the province.

As per the reports, at least 39 people died and several others were injured after the walls and roofs of multiple houses collapsed due to flashfloods triggered by monsoon rains, which continued for a second day in several districts of the province on Wednesday.

The flooding situation in Khushoob swept away a link bridge, leaving people in the area stranded.

The link roads of Kan Mehtarzai, Loi Band, and Ragha Sultanzai were also damaged due to floods.

Meanwhile, the NDMA has issued instructions to concerned federal ministries, departments, respective provincial governments, and their line departments, to remain vigilant and take all necessary precautionary measures keeping in view of extension in current monsoon spell.

According to Pakistan Meteorological Department (PMD), rains are likely to continue in the city till July 8 which may cause flooding in low-lying areas.