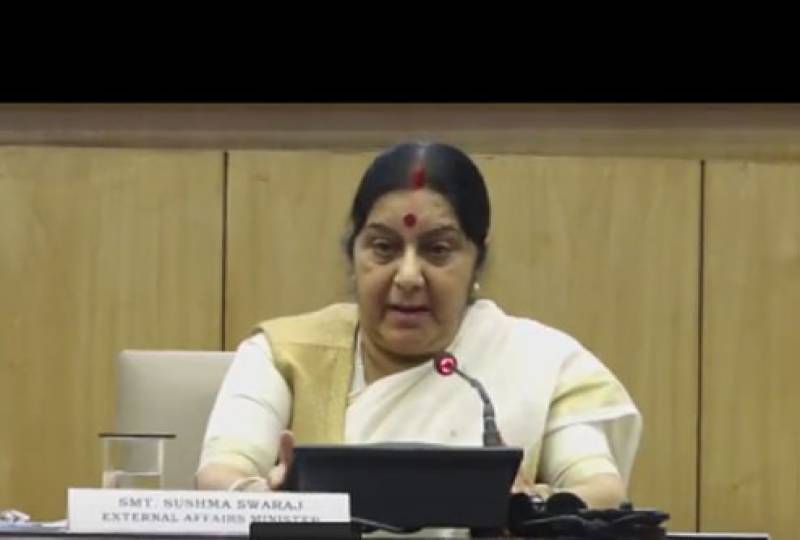 According to details, Sushma while responding to a question about Pakistani law officer’s statement in which he hinted at taking Kashmir issue to ICJ following India taking Kulbhushan Jadhav’s case to the global court.

“Pakistan cannot take Kashmir issue to ICJ. The Shimla agreement and Lahore declaration are very clear on Kashmir issue that it can only be resolved bilaterally. The two countries are bound by these bilateral agreements,” Swaraj said.

She made it clear that there is no possibility of any meeting between Prime Minister Nawaz Sharif and Narendra Modi during their visit to Kazakhstan this week. She said, “No meeting is scheduled either from their side or from our side.”

It is pertinent to tell that Nawaz Sharif and Narendra Modi will both attend the Shanghai Cooperation Organisation (SCO) Summit on June 8-9 at Astana in Kazakhstan.