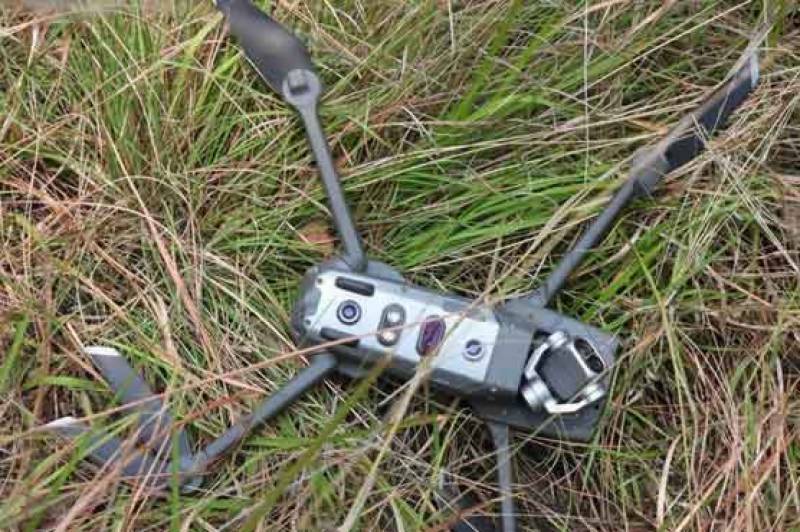 Director General (DG) Inter-Services Public Relations (ISPR) Major General Babar Iftikhar said in a tweet that the quadcopter had intruded 500 meters on Pakistan’s side of the LOC. He added that it was the eighth Indian quadcopter shot down by Pakistan Army troops this year.

#PakistanArmy troops shot down an Indian spying #quadcopter in Khanjar Sector along LOC.

The quadcopter had intruded 500 meters on Pakistan’s side of the #LOC. This is 8th Indian quadcopter shot down by Pakistan Army troops this year. pic.twitter.com/2lfhIFezod

This is the third Indian spy drone the Pakistan forces have intercepted and destroyed along the LoC within10 days.

On May 29, the Pakistan Army had downed another Indian spy quadcopter that violated Pakistani airspace from Kanzalwan Sector along the LoC.

On May 27, the army had downed an Indian surveillance drone that had crossed over the LoC into the Rakh Chakri sector.

Indian ceasefire violations along LoC have witnessed a surge since the abrogation of constitutional status of Indian Occupied Jammu and Kashmir (IOJ&K) in August last year.

On Wednesday, DG ISPR Major General Iftikhar had warned that India was planning a false flag operation against Pakistan and the results of any misadventure would be “beyond anyone’s control” and would be responded with full force.