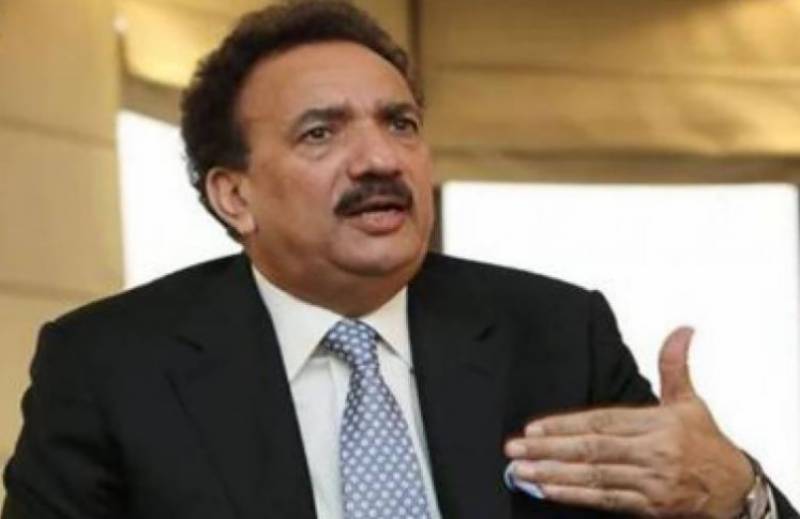 In a statement, Rehman Malik’s spokesman said that the purpose behind the US blogger’s allegations was to damage the reputation of the PPP leader.

The spokesman, on behalf of Rehman Malik, said that the US woman made the inappropriate allegations against Rehman Malik upon the instigation of a certain individual or a group.

“The allegations were leveled after Rehman Malik, as chairman of the Senate Standing Committee on Interior, took notice of the allegations against former prime minister of Pakistan, Benazir Bhutto, he added.

The spokesman further said that Senator Reman Malik always spoke up in favour of women rights.

In a video broadcast live on her Facebook page on Friday, Cynthia Ritchie said that incidents occurred in 2011 in Islamabad when the PPP was in power.

“happy to share details” with investigative journalists and that she has already shared the story with people she trusts “in case something happens”.

However, Yousuf Raza Gillani denied the charges levelled by Ritchie, saying that he even considered responding to such allegations "humiliation and disgrace".

The former premier questioned as to what the American blogger was doing at the Presidency when she was allegedly manhandled, and why she had been staying in Pakistan.

Gilani alleged that she had come to Pakistan as part of a campaign to malign politicians.

"Who has given them the right to malign politicians?" he asked.

The former PM said those raising such allegations "should be ashamed" and asked whether a person of the prime minister's stature could do such an act at the Presidency.

Yousuf Raza Gillani claimed that Ritchie was maligning him because his two sons had filed a defamation case against her for her allegedly defamatory tweet against Bhutto.

Ritchie, who was at the centre of a controversy last week when she tweeted what the PPP described as "derogatory and slanderous remarks" about slain former prime minister Benazir Bhutto.

The PPP had filed a complaint with the Federal Investigation Agency’s (FIA) Cyber Crime Wing against the American blogger.

The complaint was filed by PPP’s district president in Islamabad Advocate Shakeel Abbasi.