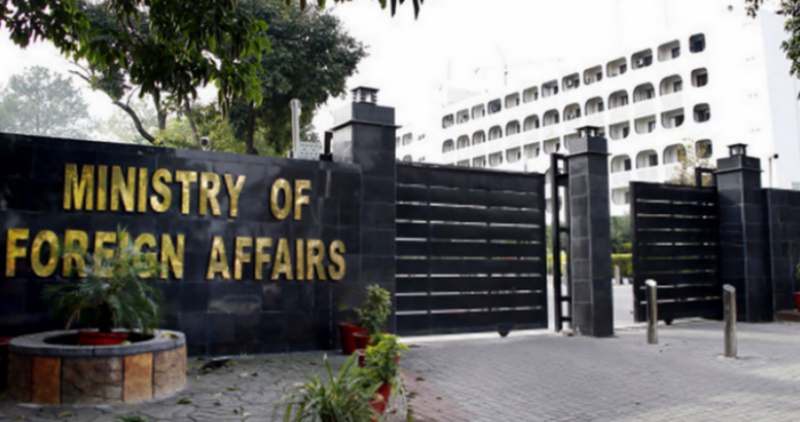 According to a statement issued by the Foreign Office (FO), the Indian diplomat was told that these remarks were totally unacceptable and had not only deeply hurt the sentiments of the people of Pakistan but of Muslims across the world.

The Indian diplomat was further told that Pakistan deplores the belated and perfunctory disciplinary actions taken by the BJP government against the said officials, which cannot assuage the pain caused to the Muslims.

"Pakistan is deeply concerned at the alarming rise in communal violence and hatred against the Muslims in India. Muslims are being systematically stigmatized, marginalized and subjected to a well- orchestrated onslaught from radical Hindu mobs with full connivance and support of the security apparatus across various states in India," the FO said.

The statement added that growing mainstreaming of the reprehensible anti-Muslim sentiment and the increasing attempts at depriving the Muslims of their centuries-old places of worship citing frivolous historical claims, are nothing but the obvious outcomes of the deep-seated Islamophobia in the Indian society.

The FO said that Pakistan strongly urges the BJP leadership and the government of India to unequivocally condemn the sacrilegious comments of the BJP officials and ensure that they are held accountable through decisive and demonstrable action against them for attacking the dignity of the Holy Prophet (PBUH).

"The government of India is also reminded of its obligations under international law to take immediate steps to protect its minorities from human rights violations, ensure their safety, security and well-being and allow them to profess and practice their faiths in peace," the FO statement said.

Pakistan has called upon the international community, including the United Nations (UN) and Organisation of Islamic Cooperation (OIC), especially their human rights machinery, to take cognizance of and stop the dangerously rising 'Hindutva' inspired Islamophobia in India, and prevail upon the Indian authorities to prevent the systematic human rights violations against minorities in the country.