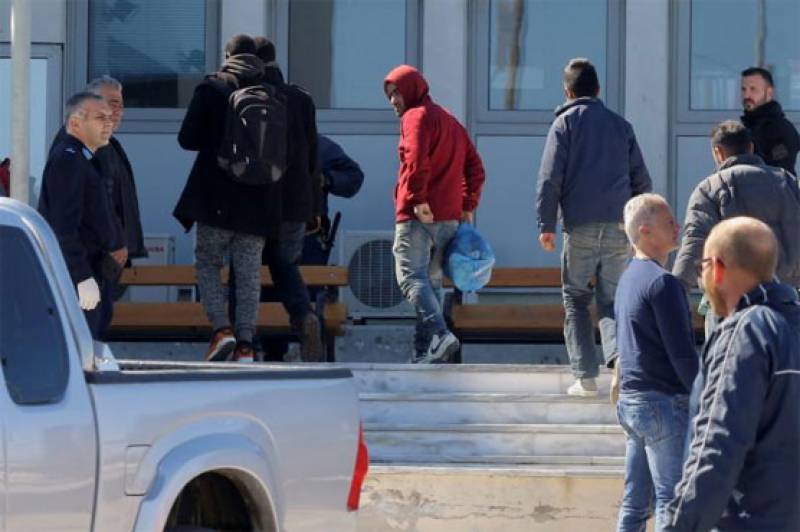 Greek media said those arrested were migrants from Egypt and Pakistan and Syrian refugees.

Athens (Reuters): Greek authorities confirmed that over 13 suspected members of an international criminal organization smuggling undocumented migrants to other European countries have been arrested.

According to police, an operation to dismantle the ring was under way on the island of Crete, and Britain’s National Crime Agency was also involved.

Crete, Greece’s southernmost island, lies north of Libya and Egypt. The head of the local coastguard, Dimitris Saitakis, told reporters at least 13 suspected smugglers had been arrested, as well as 131 migrants hiding in caves or warehouses.

Saitakis said, adding that he expected the number of arrests to rise dramatically, "This is a strong blow to organized crime on Crete."

Greek media reported that those arrested were migrants from Egypt and Pakistan and Syrian refugees.

Over 60,000 migrants and refugees are stranded in camps in Greece by border closures across the Balkans which have halted their onward journey to northern and western Europe.

The only legal way out of Greece for refugees is through an EU relocation program to other member states, which has been progressing slowly. Those not eligible for asylum face deportation.

On Thursday, the coastguard said it had arrested three migrants, one of whom was hiding in a suitcase, when they tried to board a ferry from the eastern Aegean island of Lesbos to the mainland.