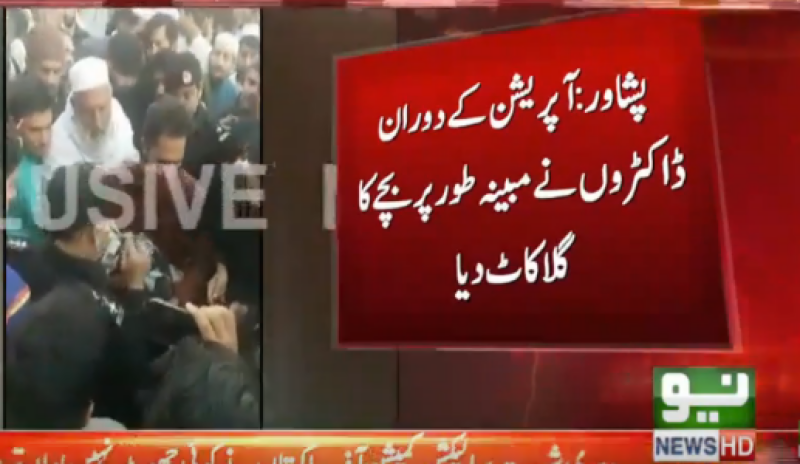 According to details, a pregnant lady wife of Abdul Raheem resident of Armored Peshawar was brought to LRH for delivery case however, due to ignorance doctors mistakenly beheaded the new born.

The relatives of the lady are protesting against hospital administration putting allegations that the incident occurred due to the carelessness of doctors.

However, medical director of LRH denied the allegations and said that the incident occurred due to the complications in the case, the doctors performed C-section (cesarean section) to save the life of mother.