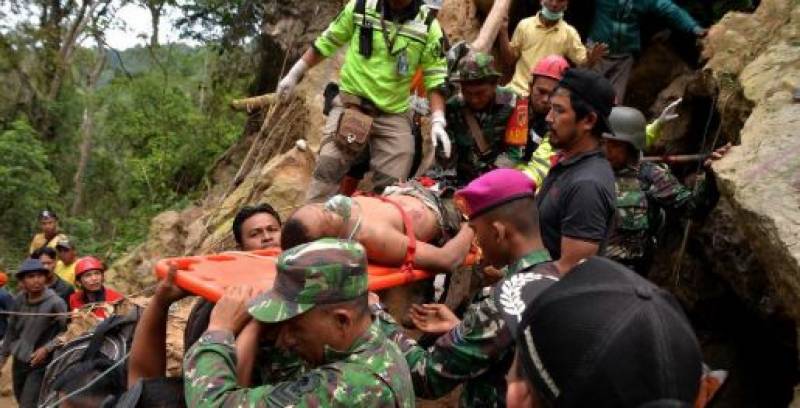 Jakarta (Web Desk): The death toll from last week’s collapsed gold mine in northern Indonesia has risen to 16, as hopes to find survivors fade, an official said Wednesday.

Eighteen people have been pulled alive but injured from the illegal mine on Sulawesi island, but it is unclear how many were inside when the accident happened last Tuesday.

Two excavators have been clearing debris to find more bodies that could still be trapped inside the mine, he added.

For the first few days, the team had to dig by hand to reach survivors because of the precarious conditions.

Rescuers also had to temporarily halt the search on Tuesday after rocks started to fall on them.

It is unclear how many miners were inside the shafts at the time of the accident as survivors had given varying tallies. But rescue agencies said some miners reported it could be between 50 and 100. Paputungan said it was unlikely the team would be able to find all the miners.