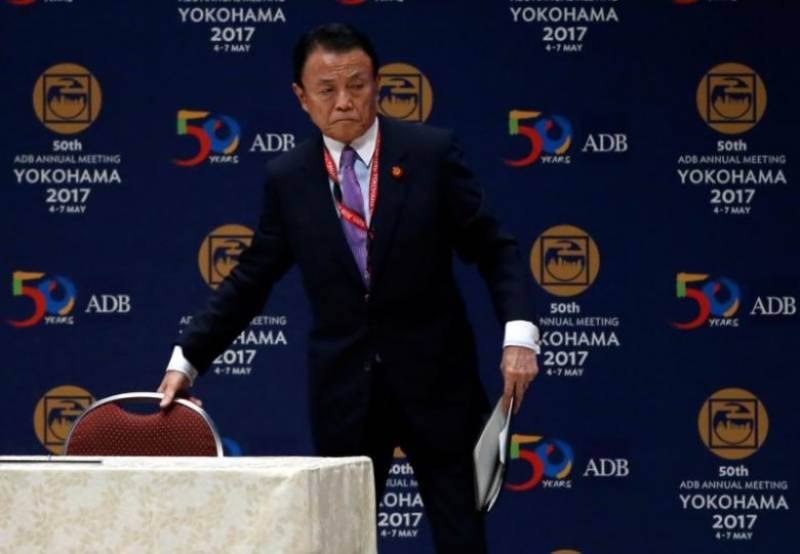 The money will be provided over a two-year period to a newly created fund of the ADB, he said.

The AIIB is viewed by some as a challenger to both the Western-dominated World Bank and the ADB, which is primarily funded by Japan and the United States.

Partly to differentiate itself, the ADB has broadened its activities beyond infrastructure such as financing of steps for poverty reduction, healthcare and education.

ADB President Takehiko Nakao told the annual gathering that investment in infrastructure would remain a priority.

"Asia will need $1.7 trillion per year in investments in power, transport, telecommunications and water through 2030," he said on Saturday.

On Thursday, Nakao said the ADB would cooperate with China's development finance and infrastructure plans under its "One Belt, One Road" initiative, shrugging off the view Japan and China are competing for influence through development finance.