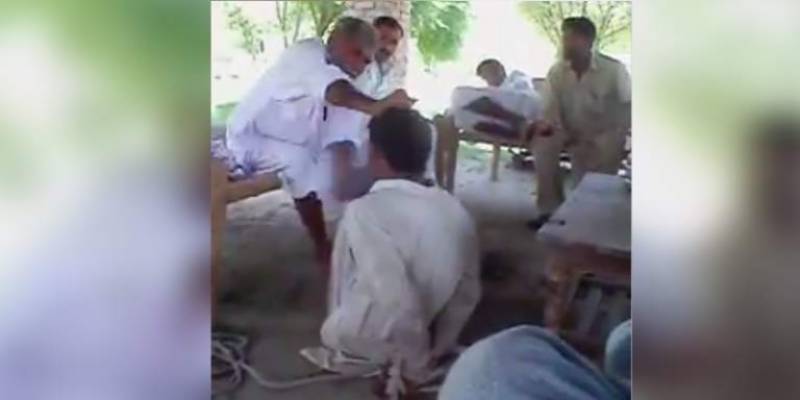 Bhakkar (Web Desk): A mobile video of a shocking incident has gone viral where a young man from South Punjab district Bhakkar, was brutally beaten up by his landlord in Kanjan area.

According to a the video of torture was posted by Facebook shows Sarfraz Hussain, a local landlord was brutally beating his tenant Mureed Hussain over alleged water tap theft.

The furious landlord struck the victim multiple times in the face with a hard-sole shoe. The poor helpless gentleman with his hands tied backwards was forced to beg for forgiveness in horribly humiliating fashion and after the incident, the victim was forced to leave the area for good.

Police have refused to register an FIR. The incident blowing the lid off cruel mindset of feudal lord is believed to have taken place in the first week of May.