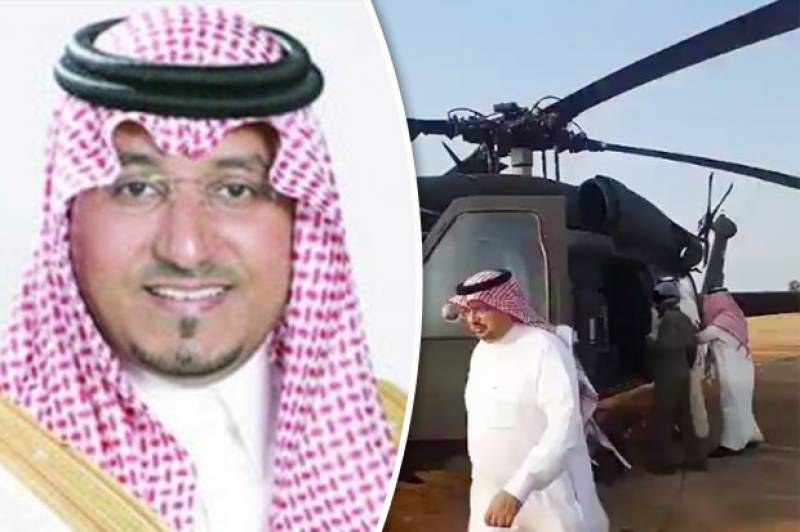 Riyadh (Web Desk): A Saudi Arabian prince, Mansour bin Muqrin, has been killed along with several other officials in a helicopter crash near the country’s border with Yemen.

A helicopter, with a group of Saudi officials on an inspection trip, crashed in the Asir Region in the country’s southwest, local media reported.

The prince was serving as deputy governor of the southern province of Asir. He was a son of Muqrin bin Abdulaziz Al Saud, who briefly was Saudi Arabia’s crown prince from January to April 2015.

A search for the wreckage of the aircraft is underway at the site of the crash, SaudiNews50 reported, posting a video of the ongoing recovery efforts.

Asir Region is located in the southwest of the country, bordering Yemen. The area has seen a number of cross-border retaliatory attacks from Yemen in recent months, reportedly leading to casualties among Saudi troops.