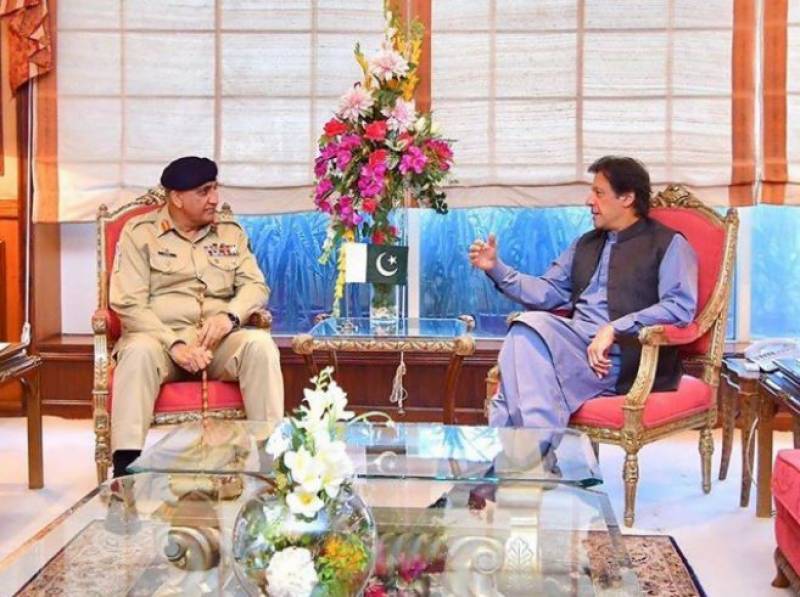 PM Imran Khan briefed the Army chief regarding his visit to China and discussed matters relating to the situation arising after the religious party’s protest.

They also reviewed action being taken against those who vandalised the public and private properties.

On Monday, Federal Minister for Information and Broadcasting Fawad Hussain Chaudhry announced that the government will compensate for the loss of those who lost their valuables during nationwide protest following the Supreme Court verdict acquitting Asia Bibi of blasphemy charge.

Talking to media, Fawad highlighted that the federal government has sought details of the losses incurred during the protests from the provinces.

“Everyone knows the real motives of the forces who harness religion for politics,” the minister said.

Fawad lauded the opposition parties for standing by the government during the protests staged by Tehreek-e-Labbaik Pakistan against the acquittal of Asia Bibi.

Meanwhile, the government started arresting those involved in rioting during the protests.