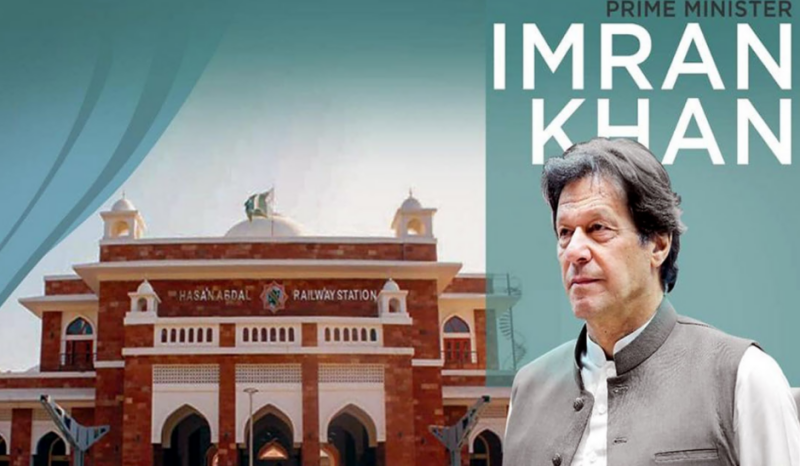 Addressing the inauguration ceremony, the premier said that Main Line-1 (ML-1) project will modernize railway system and accelerate economic activity in the country.

The $6 billion ML-1 project will be executed with the cooperation of China, PM Imran said, adding that the distance between Karachi and Lahore will be covered in seven hours after completion of the project.

The PM said that the project will create massive job opportunities and will significantly contribute to economic development.

“Railway is a facility used for travelling by ordinary people but unfortunately it was not developed by the previous governments,” the PM noted.

PM Imran said with the up-gradation, Hasan Abdal Railway Station will now provide better facilities to all the passengers, including Sikh Yatrees.

Underlining the need for promotion of tourism sector in the country, the prime minister said worship places of the minorities, including Hindus and Sikhs, should be renovated so that people from different religions visit Pakistan in a large number.

He said the country is heading in the right direction as all economic indicators are on the positive trajectory.

Speaking at the event, Federal Minister for Railways Sheikh Rashid Ahmed said that local resources were utilised for the upgradation of the Hassan Abdal Railway Station.

Earlier, the railways minister had reviewed the arrangements ahead of the PM’s visit.

The reconstruction cost of the newly inaugurated railway station is nearly Rs300 million.

The station has been upgraded to a two-storey structure, with 24,502 square feet of covered area. The boundary of the railway station covering a total area of 101,610 square feet, including passengers’ facilities, was also improved.

Clean water plants have been installed for the convenience of the passengers also a canteen has also been constructed along with the waiting area.

A new tubewell has also been installed to meet the water requirement of the Hassan Abdal railway station. 300 KV generator is also mounted to the power supply.

It is pertinent to mention that the British-era railway station has been renovated and reconstructed after 127 years.