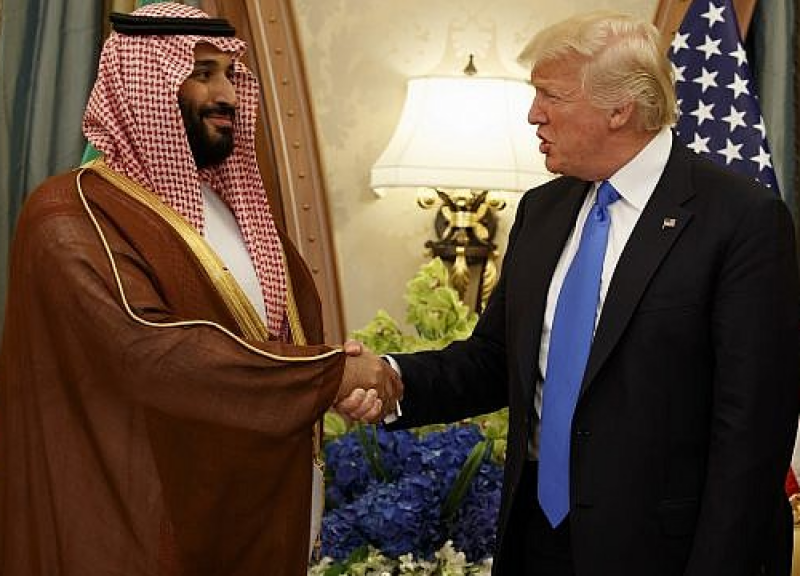 The crown prince insisted that the kingdom has always paid for armaments from the US.

“Ever since the relationship started between Saudi Arabia and the United States of America, we’ve bought everything with money,” he told Bloomberg in an interview.

Last week Trump asked at a rally “when you have wealthy countries like Saudi Arabia, like Japan, like South Korea, why are we subsidizing their military?”

“They’ll pay us. The problem is nobody ever asks,” he added.

Prince Mohammed downplayed any apparent rift with the US leader and said relations between the two allies remains strong.

“You have to accept that any friend will say good things and bad things. So you cannot have 100 percent friends saying good things about you,” he said.

“You will have some misunderstandings. So we put that in that category.”

Trump has been increasing his pressure on Saudi Arabia over rising oil prices.

As crude oil prices reach a four-year high, Trump repeatedly has demanded OPEC and Saudi Arabia, the world’s biggest oil exporter, push prices down. However, analysts are warning prices could go up to $100 a barrel as the world’s production is already stretched and Trump’s sanctions on Iran’s oil industry take effect in early November.

On Wednesday, Trump told rally-goers in Mississippi the Saudi monarchy would collapse without US military support.

“We protect Saudi Arabia — would you say they’re rich?” Trump asked the cheering crowd. “And I love the king, King Salman, but I said, ‘King we’re protecting you. You might not be there for two weeks without us. You have to pay for your military, you have to pay.'”

Trump didn’t elaborate on when he made the comments to Saud Arabia’s 82-year-old monarch. Trump and King Salman last shared a reported telephone call on Saturday, in which they discussed “efforts to maintain supplies to ensure the stability of the oil market and ensure the growth of the global economy,” according to the state-run Saudi Press Agency.