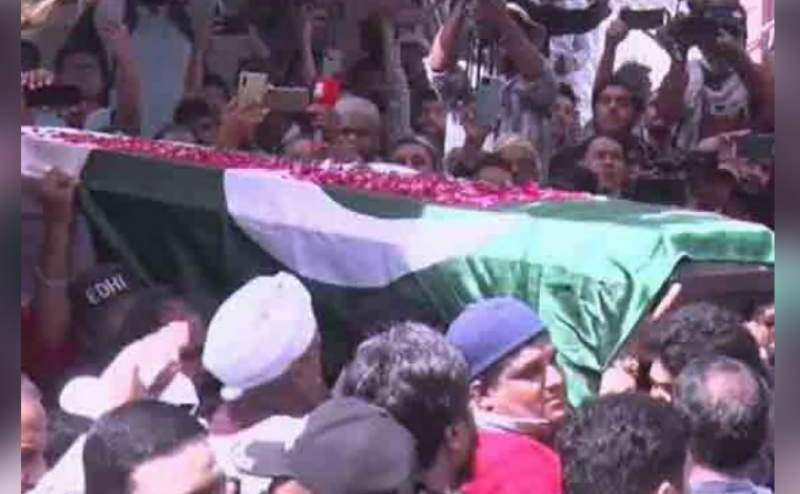 Hundreds of people gathered at a park in Clifton Block II to attend the funeral prayers of the veteran actor.

It is pertinent to mention here that the actor's body arrived from Turkey Wednesday morning.

Umer Sharif's body was flown to Munich from Nuremberg, Germany, before being flown to Istanbul aboard Turkish Air flight TK-1634.

The deceased's wife Zareen Ghazal also returned to Pakistan on the same plane. His sons and other relatives received his body at the airport. Among others, PPP leader and Sindh minister Saeed Ghani, MQM's Kishwar Zahra also arrived at the airport's cargo terminal.

Later, his body wrapped in the national flag was shifted to the Edhi morgue at Sohrab Goth. His body has been shifted to his residence in Karachi.

Fans of the comedian showered the vehicle carrying his body to the morgue with rose petals, paying tribute to the legend.

The veteran comedian had been admitted to a hospital in Germany’s Nuremberg on September 29 after his health condition deteriorated during his flight to the United States (US). He was diagnosed with multiple ailments including coronary conditions.

Sharif was expected to resume his travel to the US for medical treatment but the stay was delayed after his health condition deteriorated.

Actor, comedian, director, producer, and TV personality, Umer Sharif was commonly regarded as one of the greatest comedians in the sub-continent. He started his career in Karachi as a stage performer at the age of 14.