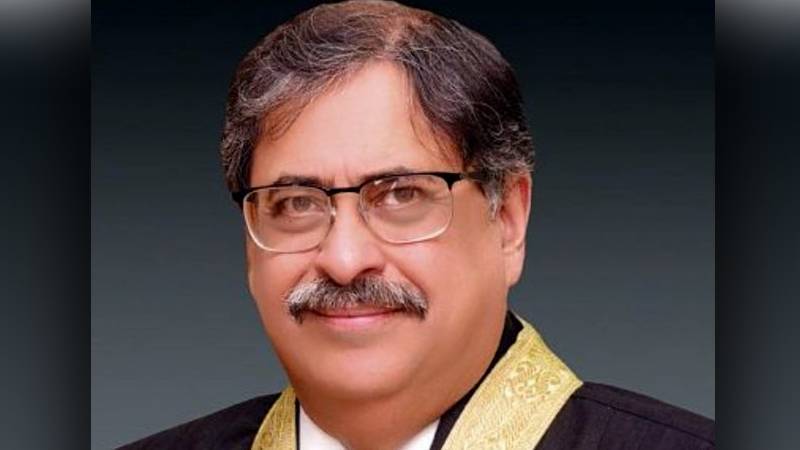 Islamabad (Web Desk): Islamabad High Court (IHC) Chief Justice Athar Minallah on Thursday said that the court cannot direct the National Assembly speaker regarding the resignations of the Pakistan Tehreek-e-Insaf (PTI) MNAs to return to the Parliament to resolve the political matters.

The IHC CJ made these remarks during the hearing of a petition filed by PTI alleging that an illegal path was adopted in accepting only 11 of their resignations instead of those of all 123 party members of the lower house of parliament.

In their fresh plea before the high court, the PTI members argued that the change of their government was possible through a foreign conspiracy. "To seek a fresh mandate from people, the party decided to get all its elected members resigned en bloc from the National Assembly," the petition cited.

It added that the speaker must accept the resignations of all lawmakers who had quit the lower house of parliament to protest the ouster of their party’s government through a conspiracy.

In his remarks, Justice Athar Minallah said that "This is a political issue and Parliament is the place to resolve political tussles. You should hold dialogue with political parties to resolve problems." Do these resigned members really want to go to Parliament and resolve the people’s issue? he wondered.

“We have to see if the petitioners came with clean hands before the court or not,” remarked the judge.

At this, Barrister Ali Zafar, the counsel for the PTI lawmakers, told the court that his clients have not approached the IHC against the party policy.

However, the judge observed that the petitioners had themselves admitted that their resignations were "genuine".

PTI's lawyer Barrister Zafar took the stance in the petition that the speaker had neither conducted any inquiry nor any verification from the petitioners as required by the Constitution.

He further stated in the petition that while accepting the resignations, the speaker had not followed the requirements of Article-64 as laid down by the country’s superior courts.

The lawyer added that the Supreme Court (SC) had held in various judgments that under Article-64, the speaker while receiving the resignation had a duty to ascertain personally whether or not it was signed by the MNA themselves, if it was voluntary and intended to act as one.

Unless these three requirements were satisfied and proven, the document could not be given an effect as a “resignation” under Article-64.

In the petition, the PTI prayed that the notifications issued by the speaker and the ECP be declared illegal, without lawful authority and of no legal effect as they were in violation of the Constitution and the law as laid down by the Supreme Court.

The lawyer to d the court that the leaks have shown how 11 members’ resignations were accepted.

Our political objective was to vacate 123 seats, our aim was not achieved so we believe that everyone is still an MNA,” said Zafar.

At this, the IHC CJ, once again, remarked that the MNAs that have not been de-notified should sit in Parliament.

"Parliament has been disrespected a lot, do not turn democracy into joke", said Justice Minallah.

But Zafar told the court it was not possible for the PTI to return to the Parliament as the audio leaks have come forward and 11 members have been kicked out.

Once again, Justice Minallah reiterated that political uncertainty in the country can only be ended in Parliament.

At this, Zafar once again told the court that he cannot comment on the MNAs' return to Parliament at this point in time. This depends on the party policy, he added.

"If you suspend the order for the acceptance of resignations then we can go and speak to the NA speaker," Zafar told the court.

"The court will not facilitate you in political dialogue, petitioners say they do not accept the Parliament. They want to maintain political instability which is not in the interest of the country," Justice Minallah remarked.

At this, Zafar told the court that the petitioners never stated that they do not accept the Parliament.

"Court can adjourn the hearing till tomorrow. Go to Parliament and prove your good intentions. Political tussles should be resolved in parliament, not in court,” said IHC CJ.

But the lawyer instead requested the court to give him half an hour to speak to his clients.

At this point, the court rose for a break and the IHC CJ gave an hour to the lawyer to inform him of his client's decision.