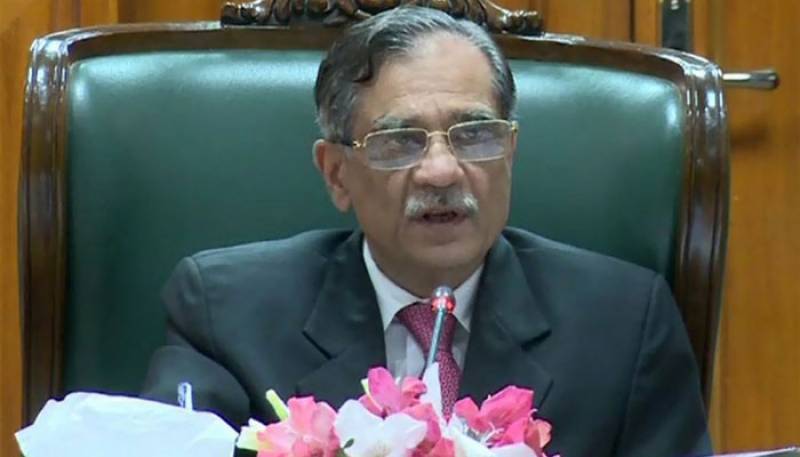 While, hearing a three-member bench of the apex court, headed by Chief Justice of Pakistan (CJP) Mian Saqib Nisar resumed hearing the case pertaining to a summons issued to Dar.

“Where are NAB officials? What has NAB done uptill now to bring back Dar?" inquired the CJP. Nisar asked if Dar could continue living in Britain if his passport were to be cancelled.

Responding to Justice Nisar, the additional attorney general apprised the court that the absconder could take asylum in the said country in case of the cancellation of his passport. "If this is the case then he must take asylum there and cite the reason that Pakistani courts are being unfair," remarked the chief justice.

“The court is most upset at the fact that Dar has repeatedly ignored summons,” Justice Nisar remarked.

Dar, a former senator and finance minister, has been in London from last year on account of his medical treatment and has been declared an absconder in the corruption case against him.