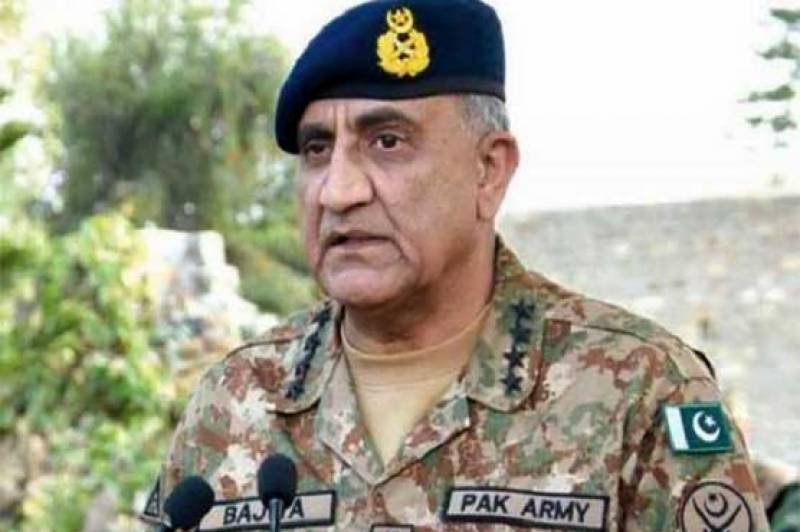 Rawalpindi (Agencies): Chief of Army Staff General Qamar Javed Bajwa has reiterated that Pakistan’s armed forces will not refrain from making any sacrifice when it comes to defending the motherland.

Addressing the main event of the Defence and Martyrs Day at the General Headquarters in Rawalpindi, COAS Bajwa said a peaceful, strong and prosperous Pakistan is our destination and we are steadfastly moving towards that end.

“Pakistan registered unparalleled successes in the war against terrorism which are an example for the whole world. Our soldiers stood like a rock wall in this long war against terrorists and foiled the nefarious designs of the enemy. They sacrificed their today for our better tomorrow.”

The Army Chief said our fight now is against poverty, unemployment and economic backwardness following successfully confronting the menace of terrorism.

On Kashmir, the Army Chief voiced serious concerns over the prevailing situation in occupied Kashmir.  He said Kashmiri population is the victim of the oppression and tyranny of India's Hindutava government. He said state terrorism is on the surge in the held valley.

The Army Chief categorically stated that Kashmir is an unfinished agenda of the completion of Pakistan and it will remain so until the outstanding dispute is resolved in accordance with the UN Security Council resolutions and aspirations of Kashmiri people.

General Qamar Javed Bajwa assured the Kashmiri people that Pakistan will not leave them alone or at the mercy of circumstances. He said the hearts of both Pakistanis and Kashmiris beat together. He said Pakistan is a peace loving country but the tyranny unleashed against the Kashmiri people is a test of our patience. He said the valiant people and armed forces of Pakistan are ready to sacrifice anything for their Kashmiri brethern.

Kashmir is our jugular vein. We will fulfill our commitment towards Kashmir till last bullet, soldier and breath. He said Pakistan will go to any extent in support of oppressed Kashmiri people.