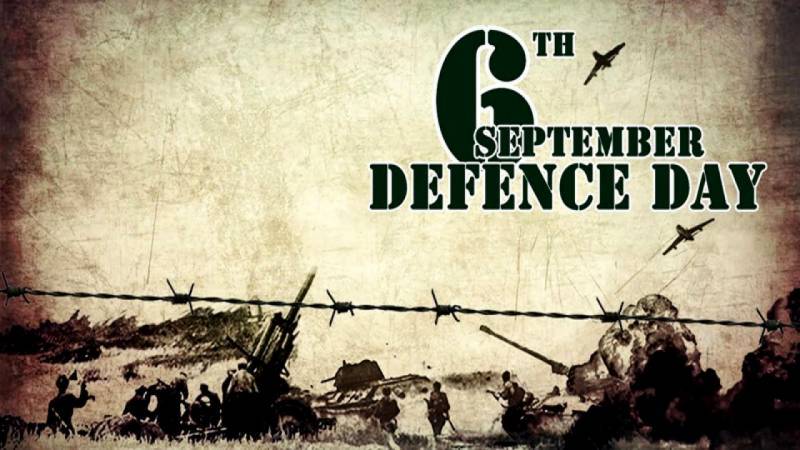 Islamabad (Web Desk): The nation is observing Defence and Martyrs' Day on Tuesday to pay tributes to the martyrs and Ghazis and reaffirm commitment to defend the motherland against all threats.

On September 6, 1965 that the Indian forces crossed international border in the darkness of night to attack Pakistan but the nation foiled nefarious designs of the enemy.

The day dawned with prayers in mosques for the progress and prosperity of the country and independence of Indian Illegally Occupied Jammu and Kashmir (IIOJK) from the cruel clutches of India.

A change of guards ceremony took place at the Mazar-e-Quaid in Karachi and the guards of Pakistan Air Force's Asghar Khan Academy assumed charge at the mausoleum.

Similar ceremonies and events were organised at the tomb of Allama Iqbal, schools and other educational institutes.

Special wreath laying ceremonies were held across the country to pay homage to the martyrs for their ultimate sacrifices.

Floral wreath was laid at Yadgar-e-Shuhada in General Headquarters (GHQ), Rawalpindi while wreath laying ceremonies were also held at monuments of recipients of the Nishan-e-Haider, the country's highest gallantry award and other shaheeds.

According to the Inter-Services Public Relations, (ISPR), the day dawned with prayers in army units, naval establishments and air force bases for the progress and prosperity of the country.

Special dua was offered for themartyres, who laid down their lives in defence of the country.

On the occasion, President Dr Arif Alvi and Prime Minister Shehbaz Sharif in their separate messages said that September 6 is remembered as a symbol of courage, display of unmatched resilience and the spirit of supreme sacrifice by the valiant sons of the soil.

The whole nation comes together today in paying homage to our martyrs & Ghazis who put their lives on the line to defend the motherland against the Indian aggression. Together our armed forces & people thwarted the Indian machinations to undermine our territorial integrity.

They said in that testing time, not only the armed forces of Pakistan fought fearlessly on ground, in air and in waters, but each and every citizen came out to defend and safeguard the motherland.

Referring to Pakistan's success in the two decades long war against terror, they said Pakistan Armed Forces’ contribution in peace missions worldwide is a matter of great pride which is also rightly acknowledged by the international community.

The President and the premier reiterated Pakistan's commitment to peace and said Pakistan will continue to follow its policy of peaceful coexistence.

However, they said at the same time our desire for peace must not be misconstrued as our weakness.

They said we are well aware of our national as well as international obligations.

In a statement on the occasion of Defence and Martyrs Day, Chief of Army Staff (COAS) General Qamar Javed Bajwa said that September 6 symbolizes unwavering resolve of our Armed Forces backed by the great Pakistani nation to defend the motherland against all odds.

The army chief said Pakistan salutes our heroes. "we owe our freedom and peace to our martyrs who gave unprecedented sacrifices to keep the national flag high," he said in his statement posted on DG ISPR's Twitter.