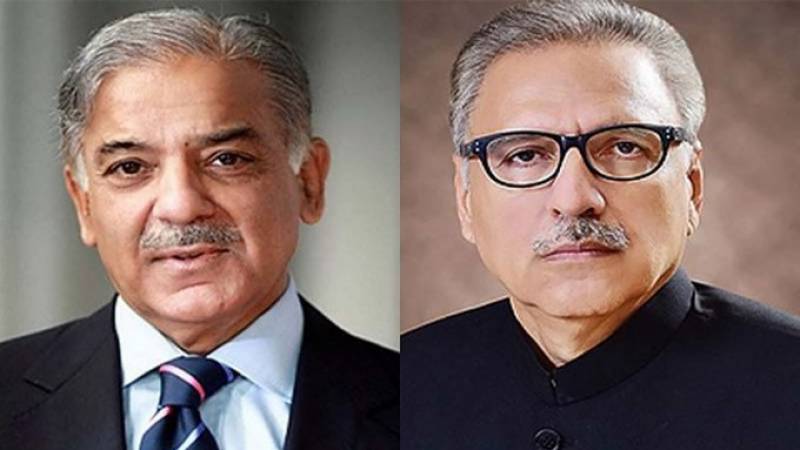 Islamabad (Web Desk): President Dr Arif Alvi and PM Shehbaz Sharif, in their separate messages on Defence and Martyrs' Day, have said that September 6 is remembered as a symbol of courage, display of unmatched resilience and the spirit of supreme sacrifice by the valiant sons of the soil.

The president and the premier lauded Pakistan's armed forces for fighting fearlessly to safeguard the country in testing times, and also saluted every citizen that stepped forward to defend their homeland.

Referencing Pakistan’s success in the two-decade-long war on terror, they acknowledged that the armed forces’ contribution to peace missions across the globe, and the recognition it receives from the international community because of it, is a matter of great pride for the country.

The president and the prime minister reiterated Pakistan's commitment to peace and said the country will continue to follow its policy of peaceful coexistence.

However, they said at the same time, our desire for peace must not be misconstrued as our weakness, adding that we are well aware of our national as well as international obligations.

In a statement on the occasion of Defence and Martyrs Day, Chief of Army Staff (COAS) General Qamar Javed Bajwa said that September 6 symbolizes unwavering resolve of our Armed Forces backed by the great Pakistani nation to defend the motherland against all odds.

The army chief said Pakistan salutes our heroes. "we owe our freedom and peace to our martyrs who gave unprecedented sacrifices to keep the national flag high," he said in his statement posted on DG ISPR's Twitter.