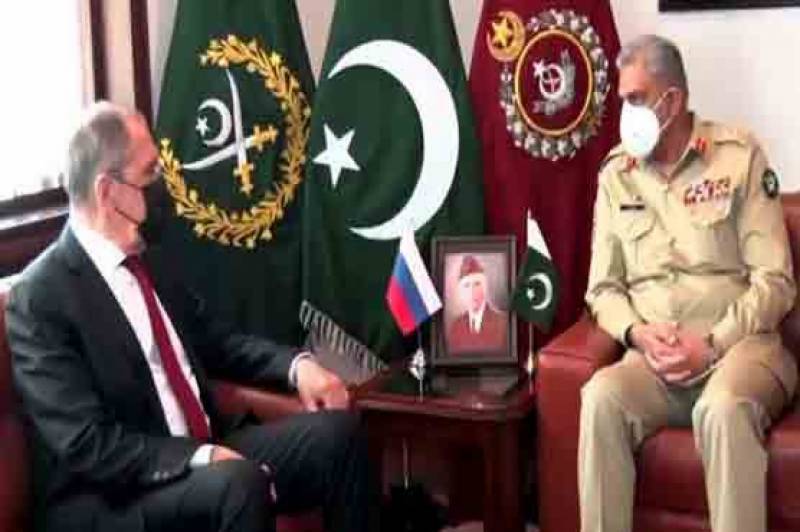 According to the Inter-Services Public Relations (ISPR), matters of mutual interest including enhanced defence and security cooperation, regional security, particularly the Afghan Peace Process were discussed during the meeting.

“The visiting dignitary acknowledged Pakistan’s achievements in the war against terrorism and contributions for regional peace and stability especially Pakistan’s sincere efforts in the Afghan Peace Process,” the ISPR statement said.

He expressed that Pak-Russia relations are on a positive trajectory and will continue to develop in multiple domains.

“Pakistan welcomes all initiatives which can bring peace and stability in Afghanistan as the whole region will benefit from it,” the army chief asserted.

We have no hostile designs towards any country and will keep on working towards a cooperative regional framework based on sovereign equality and mutual progress, the COAS said.