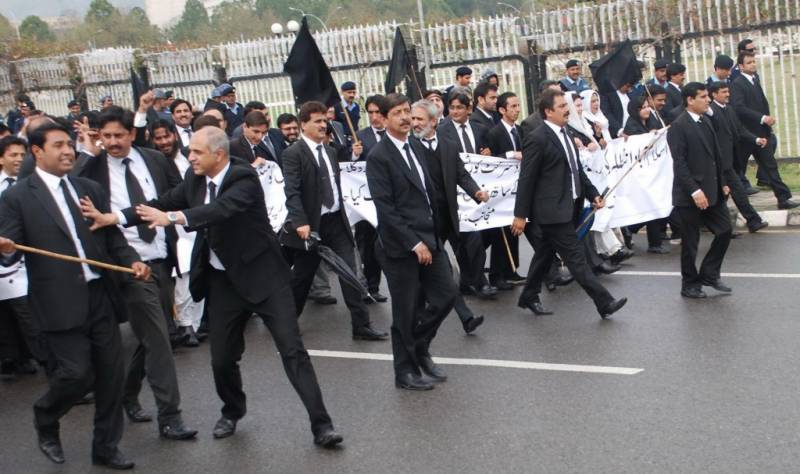 According to details, BHCBA president Shah Mehmood Jatoi said that the lawyers began their province-wide strike today and will boycott the court duties during the three-day strike to protest the gun and bomb attack on their fellows.

The community will also observe a ‘black day’ tomorrow, August 8, in memory of those who lost their lives in the deadly bombing.

On July 26, the Supreme Court heard a suo moto case regarding the tragedy to overview progress made on the suggestions of the inquiry commission. It expressed displeasure over slow implementation and sought from the police, health department and the provincial government in this regard. The court adjourned the case till September 12.

The three-member bench, headed by Justice Asif Saeed Khosa, also expressed anger over the lack of implementation of recommendations submitted by the apex court’s commission over the attack.