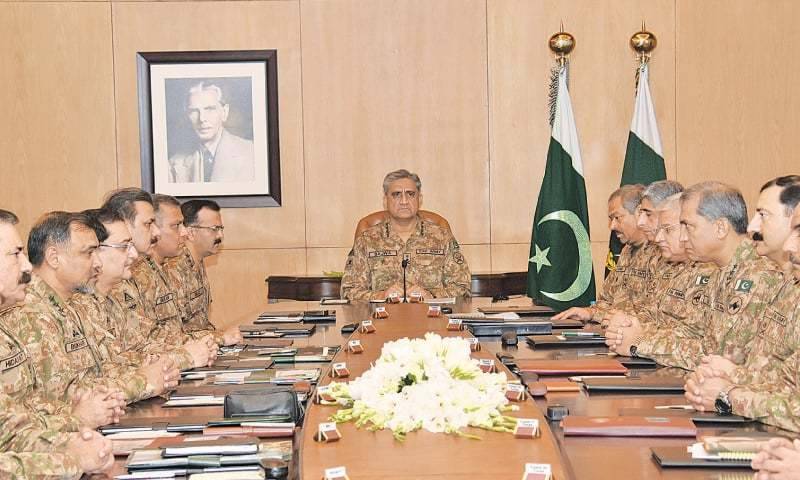 Rawalpindi (Staff Report): Chief of Army Staff (COAS) General Qamar Javed Bajwa directed on Monday that efforts must continue to defeat terrorism to establish rule of law and uphold supremacy of the Constitution.

According to a statement issued by Inter Services Public Relations after 203rd Corps Commanders’ conference at GHQ, the forum undertook a comprehensive review of internal and external security environment and also deliberated upon regional security situation particularly Afghanistan and reaffirmed its commitment to regional peace and security.

CCC. Our efforts to cont with other elms of national power to defeat terrorism/militancy;estb Rule of Law& uphold supremacy of constitution. pic.twitter.com/FDRRHjIhUj

Speaking on the occasion, General Bajwa said, “We look forward to a trust based mutual cooperation in this regard which can achieve the policy ends of enduring regional peace”.

The forum was briefed about situation along the Line of Control. It also acknowledged positive long term effects being achieved through Operation Radd-ul-Fasaad.

The COAS especially praised successful conduct of Operation Khyber IV in a most inhospitable terrain of Rajgal with minimal own casualties which is made possible through high standards of professionalism.