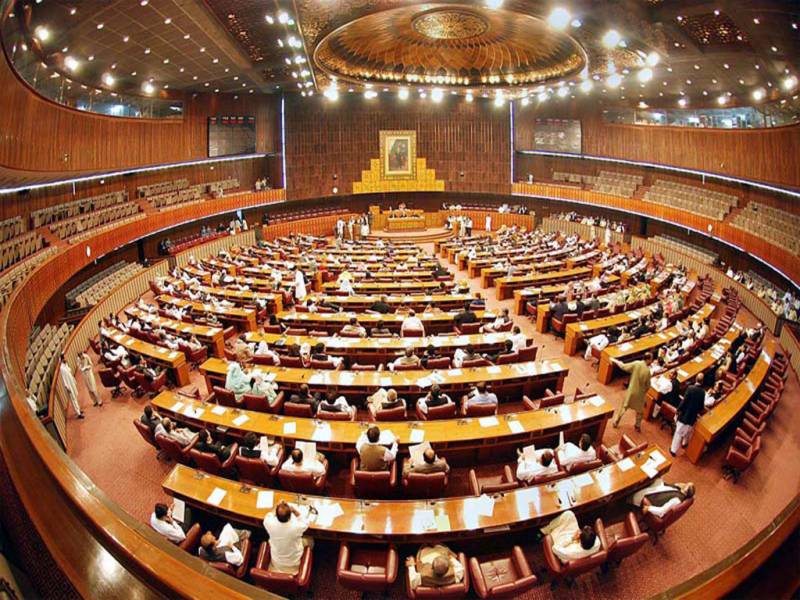 Islamabad (APP): The much-awaited Election Bill 2017, aimed at further strengthening the Election Commission of Pakistan (ECP) to ensure transparent polling, is expected to be presented in the National Assembly on Monday.

According to details, the government had formed a parliamentary committee on electoral reforms headed by Finance Minister Ishaq Dar in 2014, which drafted the bill after deliberations for more than two years.

The electoral reforms bill had been finalised after 118 meetings, 25 of the main parliamentary committee and 93 of its sub-committee headed by Law Minister Zahid Hamid.

Some 631 proposals were received from various political parties and citizens.

Earlier on Tuesday, the House Business Advisory Committee of the National Assembly decided that the draft electoral reforms bill would be presented during the NA session.

The parliamentary committee has prepared the Election Bill 2017 with an amalgamation of previous eight different laws, proposing new measures in different areas of electioneering to further empower the ECP for holding free, fair and transparent elections in the country.

A number of initiatives have been suggested in the new bill regarding preparation of voters' lists, delimitation, simplification of nomination papers, installation of surveillance cameras, penalties of violations, women voters turnout, powers of polling day officials, expediting election disputes, implementation of Code of Conduct and vote counting.

Under the bill, the ECP will have full administrative powers to control and transfer election officials during elections and take disciplinary action against them for misconduct.

The commissioner shall have full financial powers including powers to create posts within approved budgetary allocations.

The ECP is also being empowered to make rules without prior approval of the President or the government; as such rules will be subject to prior publication, seeking suggestions within 15 days of such publication.

Furthermore, the ECP shall prepare a comprehensive action plan six months before the elections specifying all legal and administrative measures that have been taken or are required to be taken.

It is also being authorized to redress complaints and grievances during various stages of the election process (other than challenge to the election itself under Article 225), its decisions will be appealable to the Supreme Court.

The ECP shall establish a transparent Results Management System for expeditious counting, compilation and dissemination of the election results.

It has also been empowered to delegate its functions to its members and officers.

Persons with any physical disability will be able to cast their votes through postal ballot.

Every Member of an Assembly or Senate will be required to submit annual Wealth Statement in the same form as submitted under the Income Tax Ordinance, 2001. In case of failure to file Wealth Statement, the ECP may suspend membership of the defaulting Member and if the default continues beyond 60 days, it shall issue show cause notice for termination of his/her membership.

The Commission shall scrutinize the wealth statement and incase it is found to be false, the Commission may direct prosecution of the Member for the offence of corrupt practice.

For election disputes, the system has been made more expeditious and result-oriented by including provisions like case management; day-to-day trial; mandatory costs for adjournments; suspension of the member for deliberate delay; and decision within four months.

It may also issue Code of Conduct for media, security personnel and election observers.

ECP may grant accreditation to domestic and international election observers, who will be required to submit reports of their observations and suggestions to the ECP relating to the conduct of elections.

The ECP shall take special measures to encourage participation of women in the electoral process, including registration of women voters and actual voting on polling day.

The ECP shall conduct awareness media campaigns for registration of women voters, and their participation in elections.

If the variation in the number of men and women voters in a constituency is more than 10 percent, special measures will be taken by the ECP to reduce such variation.