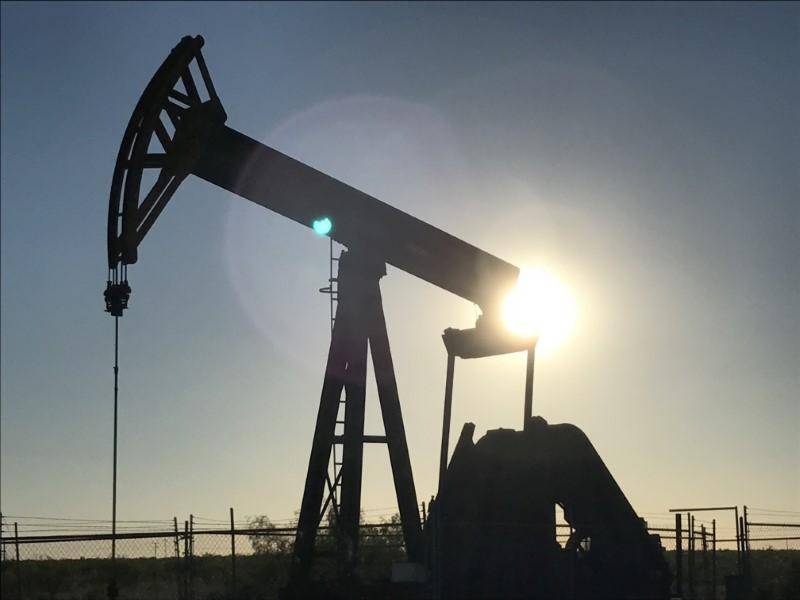 Prices for both benchmarks have been holding near their highest since late May, when oil producers led by the Organization of the Petroleum Exporting Countries (OPEC) extended a deal to reduce output by 1.8 million barrels per day (bpd) until the end of next March.

"Crude oil prices rose strongly (at the end of last week) as investors viewed (U.S. jobs) data as a positive sign for oil demand in the United States ... A small fall in the number of drill rigs operating in the U.S. also supported prices," ANZ bank said in a note.

U.S. employers added an above-forecast 209,000 workers in July and raised wages, the U.S. Labor Department said on Friday in its monthly jobs report.

U.S. drillers cut one oil rig in the week to Aug. 4, bringing the total count down to 765, energy services firm Baker Hughes also said on Friday.

Despite developments in the United States that have supported prices, global oil markets remain under pressure from high and rising production, analysts said.

"Sector production is up 2 percent YTD (year-to-date) … Volumes should increase by another 200,000 barrels per day over 2H17 if 2017-guidance is to be achieved,” U.S. investment bank Jefferies said in a note to clients on Monday.

Michael McCarthy, chief market strategist at CMC Markets, said supportive news such as big drawdowns in U.S. supplies would be needed to push U.S. WTI prices above $50 a barrel.

"This week, weekly data out of the U.S. should be really influential ... if (U.S. daily production) makes further gains given the high prices, I think that would be a catalyst for downside news," McCarthy said.

Meanwhile, OPEC's crude oil exports in July rose to a record high of 26.11 million bpd, most of which came from Nigeria, according to a report by Thomson Reuters Oil Research last week.

Libya, though, one of the OPEC members who has been exempt from the OPEC-led production cuts, was facing a gradual shutdown of its 270,000-bpd Sharara oilfield after the closure of a control room.

Officials from a joint OPEC and non-OPEC technical committee are set to meet in Abu Dhabi on Monday and on Tuesday to discuss ways to boost compliance with their supply reduction agreement.