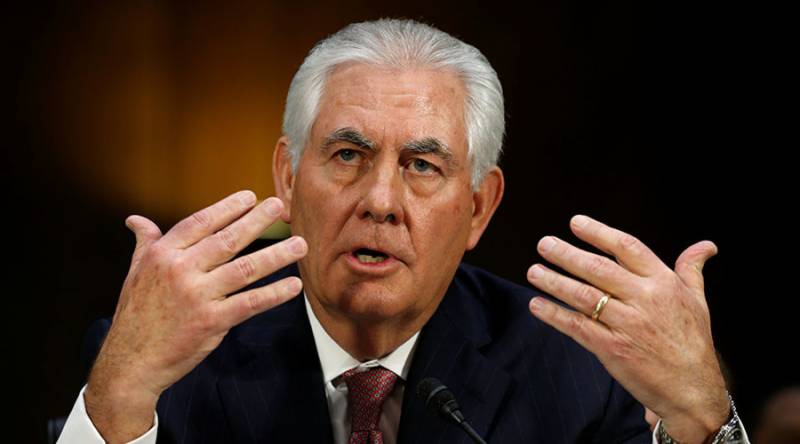 Washington (Reuters): US Secretary of State Rex Tillerson held a door open for dialogue with North Korea on Monday, saying Washington was willing to talk to Pyongyang if it ended a series of recent missile test launches.

Tillerson's comments, made at a regional security forum in Manila, were the latest US attempt to rein in Pyongyang's nuclear and missile program after months of tough talk from US President Donald Trump.

The UN Security Council on Saturday imposed its toughest round of sanctions yet against Pyongyang over its two intercontinental ballistic missile tests in July.

But Tillerson appeared conciliatory on Monday.

"When the conditions are right, then we can sit and have a dialogue around the future of North Korea so they feel secure and prosper economically," Tillerson told reporters.

"The best signal that North Korea can give us that they are prepared to talk would be to stop these missile launches," said Tillerson, adding that "other means of communications" were open to Pyongyang. "We’ve not had an extended period of time where they have not taken some type of provocative action by launching ballistic missiles."

Tillerson said Washington would not "specify a specific number of days or weeks" before deciding that North Korea had indeed halted its tests.

The Trump administration's attempts to pressure North Korea into abandoning its nuclear ambitions have so far gained little traction, and Pyongyang has only stepped up its tests, launching two intercontinental ballistic missile tests last month.

Tillerson's remarks might be an attempt to try another tack by the United States, which also has tried to get Pyongyang's ally China to use its influence to prevent North Korean leader Kim Jong Un from building a nuclear arsenal.